Sisi: 1-1.5M feddans of fertile land were lost due to constructions over agricultural lands 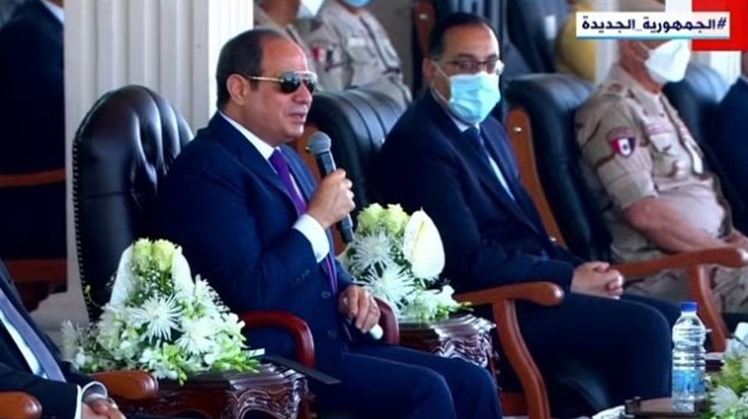 His remarks came as he checked on Wednesday vehicles and equipment used in development of villages included in the Haya Karima initiative.

The president said 1-1.5M feddans of fertile land were lost due to constructions over agricultural lands.

Sisi on Wednesday said LE 200 billion has been allocated for each stage of the national project to develop the Egyptian rural villages.

The president invited the civil society organizations to support the country's initiative to develop Egyptian countryside, saying it's part of the human rights to secure a decent life for village dwellers.

He said the muscle atrophy treatment costs up to $3 million per child and Egypt is determined to secure it although many other countries cannot afford it.

Attending the event, Health Minister Hala Zayed said 204 muscle atrophy cases have been detected in Egypt, of which more than 32 can be treated.

Starting August,10-15 million Egypt-made vaccine doses will be available per month to vaccinate 40 million citizens by the end of the year, Zayed said.

The minister also launched on Wednesday the national campaign to collect blood plasma for the purpose of manufacturing, saying it will start 15 July.

These derivatives are highly important and expensive, she noted.

By the end of the year, Egypt will have 20 centers for the blood plasma collection for manufacturing, the minister said.

In this regard, Sisi said the blood plasma derivates project is very important to the Egyptian state if implemented in the right way.

He added: I will never forget to pay tribute to God for the kindness, blessing and support he has given us and I am proud to say this.