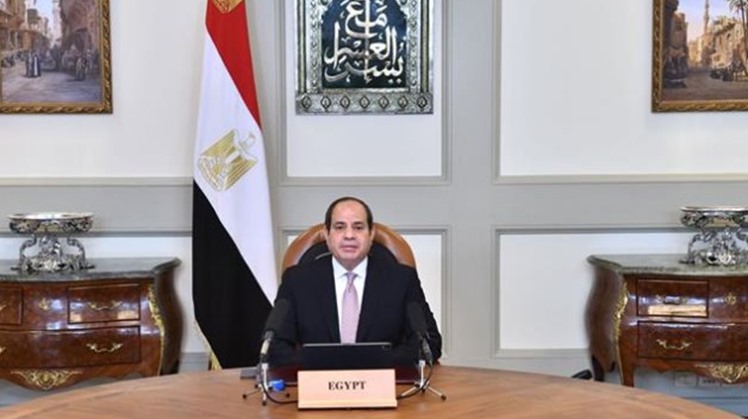 The smart system includes top-notch irrigation devices that measure humidity in the soil, which will indicate precisely the amount of water and fertilizers needed; hence doubling the income of a farming family.

Sisi told his ministers that such devices need to be affordable for farmers and available in the abundance required in coordination between the Arab Organization for Industrialization and the ministries of irrigation, agriculture and military production. He underscored that financing plans to purchase the devices should be offered to farmers.

Smart irrigation will raise the efficiency of water use, develop field irrigation, increase agricultural productivity at the level of the state.

The president emphasized ensuring the success of transformational irrigation process through concerted ministerial efforts, reducing any water wasted during transfer, lining canals and raising the efficiency of water sub-channels.

He also said farmers should be trained on operating and maintaining smart irrigation systems, and the media should raise awareness on the benefits of modern irrigation.

For the past few years, Egypt has been in the process of reducing and treating wastewater, building dams to save the scarce rainwater, extracting underground water, and introducing smart irrigation as Ethiopia insists on the unilateral filling and operation of its Renaissance Dam without a binding agreement that ensures the protection of Egypt and Sudan from drought and floods.