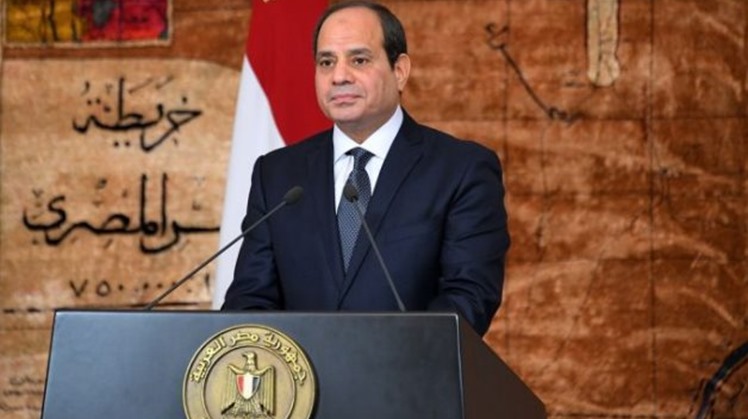 The president explained that the wrong understanding of religion can lead to the destruction of countries. "All of us here, whether Muslims or non-Muslims, inherited religion from our parents. But, not all of us are ready to deeply understand the creed," President Sisi said.

The chief of state pointed out to an obstacle that faces religious discourse reform endeavors and other developmental ones, and that is "resentment to what is new." He showcased a case in point that is people's response to the new examination system introduced in high schools whereas the curve is no longer so high as it used to be.

"Many parents want their children to study certain majors, which raises the supply incurring a gap in the labor market," President Sisi noted. Another reason behind that mismatch is overpopulation, the president asserted saying, "as long as that rate of population growth is at place, you will not be able to reap the fruits" of economic reform and various developmental projects and initiatives.

"Do people realize this? And when they realize it, what do they do?," the president questioned. "Another crisis that ensued from overpopulation is the housing one," the president highlighted.

The head of state was referring to the absence of supply of residential units by the private sector to low and middle income citizens so as the state had to step in and fulfill the demand among those segments. Also, that lack of supply resulted in a hike in unlicensed buildings, and constructions over agricultural land.