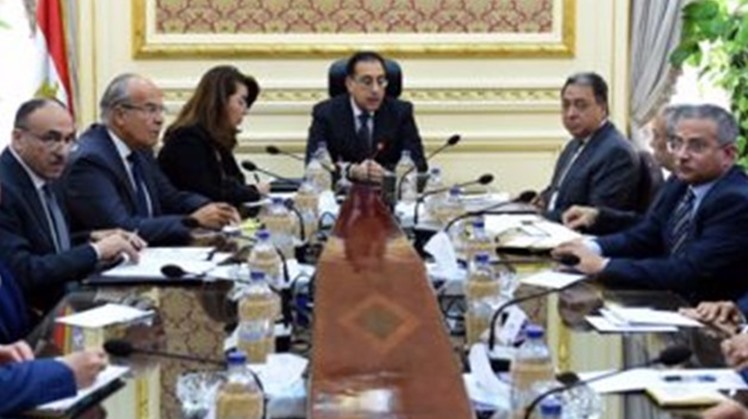 Sun, Aug. 9, 2020
CAIRO - 9 August 2020: Egypt's Prime Minister Moustafa Madbouli has received two reports from the health and social solidarity ministers on medical and food aid to be sent to Lebanon following the massive blast that rocked the port of Beirut.

Egypt has always supported “our friends” from any Arab state, Madbouli said Sunday, noting that the Egyptian government has been acting to define and secure top-priority needs of the Lebanese people in line with directives of President Abdel Fattah El Sisi.

Health Minister Hala Zayed said in her report that a 16-ton shipment of medicines, antibiotics, pain killers and medical equipment has been prepared to send to Lebanon. Medical teams will also visit Lebanon to offer a helping hand, she added.


Another report by Social Solidarity Minister Nevine el Qabbag said the Egyptian Food Bank, Misr el Kheir Foundation, the Egyptian Red Crescent Society and the Egyptian Clothing Foundation have prepared a shipment to be dispatched to Lebanon as well.

Egypt sent two plans carring medical assistance to Lebanon as part of an airlift urgently launched by Egypt to support Lebanon in the wake of Beirut Port massive blast that took place on Tuesday.

President Abdel Fatah al-Sisi offered his condolences and expressed his sincere sympathy to the government and people of Lebanon and wished the injured a speedy recovery.


On Tuesday, a fire at Beirut's port turned shortly after into a massive explosion with a huge mushroom cloud that Lebanese officials said came from a stockpile of ammonium nitrate in a warehouse.

But the country is in the middle of an enormous economic crisis and its hospitals are already overwhelmed by the coronavirus pandemic.

Several nations including the US, France, Jordan, Iran and even Lebanon's arch foe Israel have offered to send aid.

Some, including mobile hospital from Qatar, rescuers from Greece and medical supplies from Kuwait, have begun to arrive.