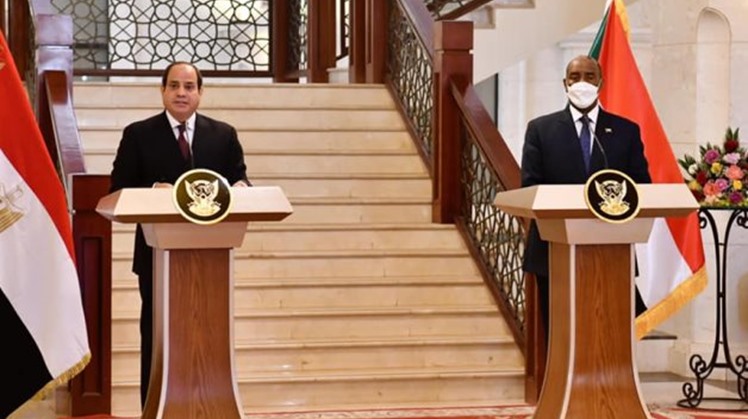 Sun, Mar. 7, 2021
CAIRO – 7 March 2021: Egypt’s President Abdel Fattah El-Sisi concluded his one-day visit to Sudan, during which he and the Sudanese leaders have affirmed rejection to Ethiopia’s unilateral plans to implement the second phase of the Grand Ethiopian Renaissance Dam filling whether or not an agreement among the three countries is reached. 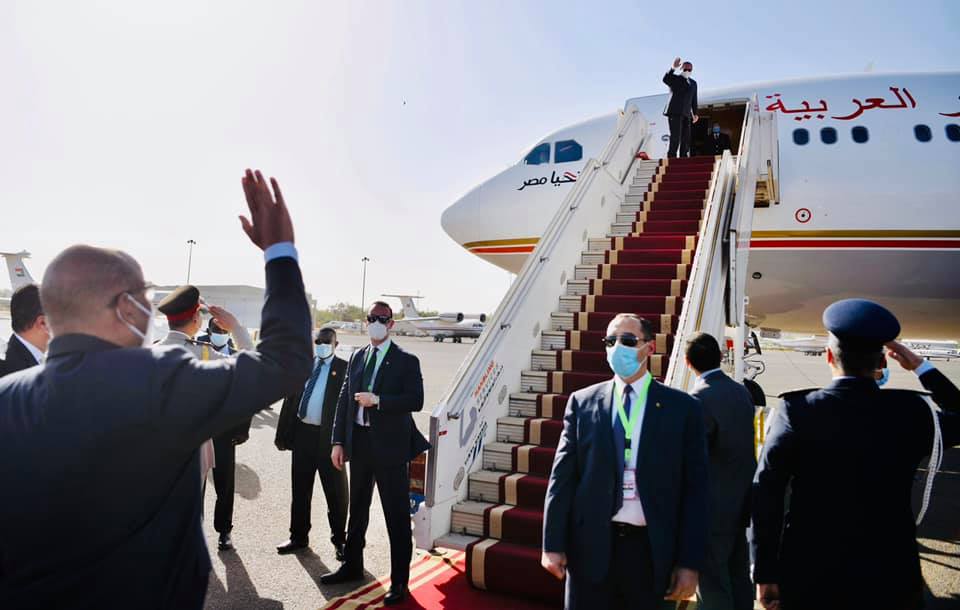 In a press conference following their meeting, Sisi said he and Burhan have voiced rejection to any unilateral measures that do not take into account the rights and interests of the two downstream countries of Egypt and Sudan concerning the GERD issue.

“Our visions coincided, rejecting any approach based on seeking to impose a fait accompli and to extend control over the Blue Nile through unilateral measures that do not take into account the interests and rights of the two downstream countries,” Sisi said.

“[This] was embodied in Ethiopia's declaration of its intention to implement the second phase of filling the Renaissance Dam even if we did not reach an agreement that organizes the filling and operation of this dam, a measure that may lead to serious damage to the interests of Egypt and Sudan,” he said.

The Egyptian leader said he and Burhan affirmed the need to return to “serious and effective” negotiations to reach a binding legal agreement concerning the dam before the season of floods.

“We stressed the imperative of returning to serious and effective negotiations with the aim of reaching, at the earliest possible opportunity and before the next flood season, a fair, balanced and legally binding agreement regarding the filling and operation of the Renaissance Dam,” the president said.

The president added that the agreement shall be reached “in a manner that fulfills the interests of the three countries and strengthens the bonds of cooperation and integration between our countries and our peoples.”

Sisi said the GERD issue “touches the core of the vital interests of Egypt and Sudan,” adding that “the two downstream countries will be directly affected by this huge project.”


“We also agreed on the importance of continuing close coordination and consultation between us in this regard,” he added. 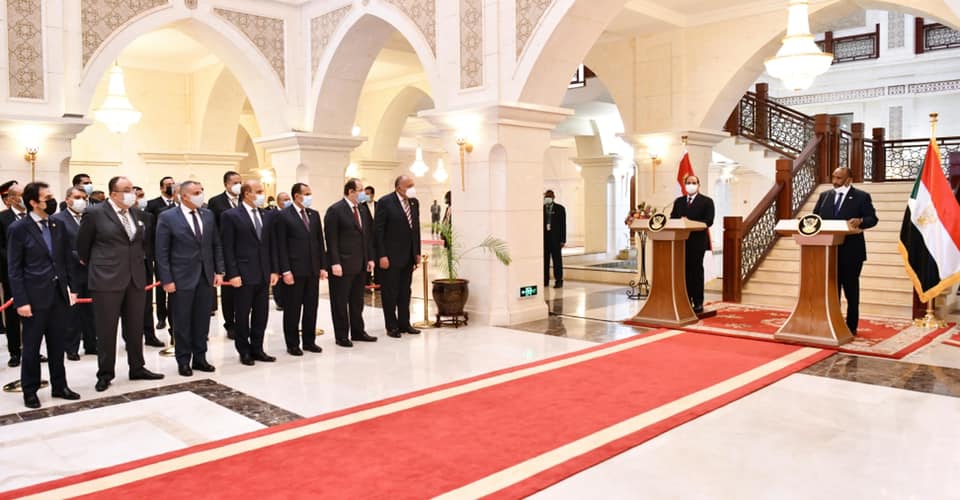 “Hence, we discussed ways to relaunch the path of negotiations through the formation of an international quartet [committee] that includes the African Union, the United States and the European Union, as well as the United Nations, to mediate the negotiation process,” the president said.

He pointed out that this step was “a mechanism proposed by Sudan and supported by Egypt.”

He noted that this step aims to support the efforts of President Felix Tshisekedi of DR Congo and maximize the chances for the success of the negotiation track.

“We affirmed our full confidence in his Excellency’s ability to manage these negotiations and achieve a breakthrough in them in order to reach the desired agreement,” Sisi added.

During the meeting before the press conference, Sisi and Burhan affirmed the need to reach a binding agreement on GERD that would achieve the interests of the three countries and limit the impact of the Ethiopian dam on Egypt and Sudan, the presidential spokesman said.

Sisi held a meeting with Hamdok, during which they discussed regional and international issues of mutual concern and the cooperation and joint developmental projects between the two countries including railway linkage project and electricity linkage.

Their negotiations also shed light on the GERD dispute. 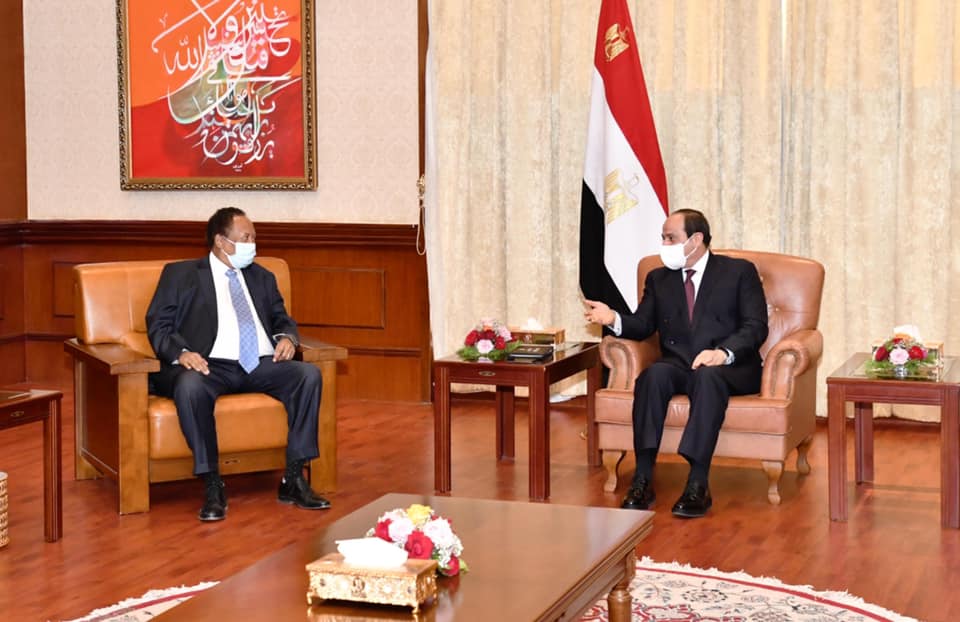 According to the presidential spokesman, Sisi and Hamdok called for intensifying joint efforts during the coming period in different forums to reach a binding and balanced legal agreement on the filling and operation of the dam.

They also emphasized the importance of strengthening cooperation between the Nile Basin countries with the aim of achieving sustainable use of water resources in the Nile River, in a manner that would achieve the common interests of the peoples of all countries and avoid harming any party, the spokesman added.

During his meeting with Burhan’s deputy, Sisi affirmed Egypt’s aspiration to deepen and enhance relations with Sudan, especially in the security, military and economic fields.

Also addressing GERD, they exchanged vision on the developments of this issue.

“[They] agreed on the utmost importance of the water issue for the Egyptian and Sudanese peoples as a matter of national security, and the two countries’ adherence to reaching a binding legal agreement that guarantees clear rules for the process of filling and operation of the dam, and achieves the common interests of all parties,” the spokesman said.