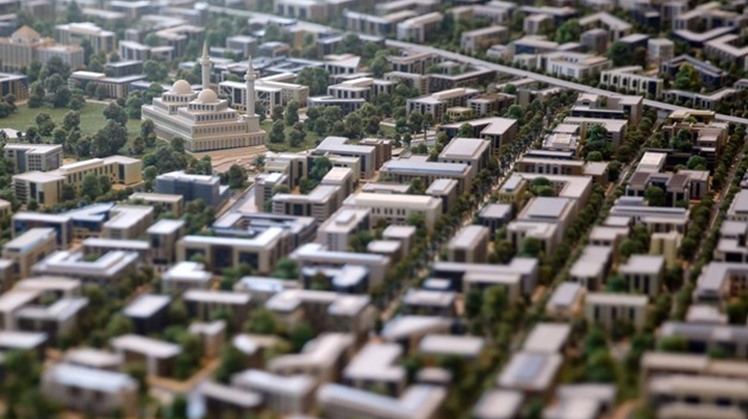 Each of those airports spans over 4,000 square meters, and has two terminals as well as dozens of office buildings, Minister of Civil Aviation stated.

A ceremony was held in one of Cairo's state-owned auditoriums while taking all protective measures in order to launch a number of road projects in Misr Al Gadida neighborhood eastern Cairo, Baron Palace after renovation, and the airports.

A number of ministers presented projects accomplished and future plans in their respective sectors. Prime Minister Mostafa Madbouli delivered the opening speech revealing key figures and extending greetings to the Egyptian people on the 7th anniversary of June 30 Revolution.

"In the past, Egypt accomplished projects worth LE4.5 trillion," Prime Minister Madbouli stated before giving details on certain sectors and growth estimations.

"We targeted 5.7 percent growth in FY2019/2020 but it will be 4 percent, although growth recorded until February 2020 is 5.9 percent,” Egypt’s prime minister. Madbouli said that international institutions recommended Egypt to focus on the sectors of constructions, ICT, manufacturing, and agriculture in order to achieve growth.

"Egypt is expected to house 30 percent of the ICT sector in the Middle East… LE15 billion are allocated to investments in the ICT sector in FY2020/2021, particularly electronic civil services," the prime minister showcased.

Speaking of agriculture, Madbouli pointed out that Egypt depends on recycled water and desalination in land reclamation.

Tackling roads upgrade, the prime minister stated, "LE300 million will be pumped into the road sector in FY2020/2021… If roads in Cairo have not been developed, vehicles speed would be 4km/h."

Giving hints about improving tourism in the capital, Madbouli revealed, "the next step is developing Khedevian Cairo (downtown)… The development of Greater Cairo’s Corniche extending on 65 kilometers is underway. The first phase will be over by the end of 2020."

The minister stated that $19 billion have been allocated to the development of water resources.

The minister added that the horizontal expansion of cultivated lands project focuses on Central Sinai, and that projects accomplished in the agricultural sector in the past 6 years are worth LE26 billion.

As Sinai is a top priority in Egypt's 2030 Sustainable Development Vision, the amount of water to be pumped into North and Central Sinai after the completion of Bahr Baqar wastewater recycling project will be 9.6 billion cubic meters per day in order to irrigate 400,000-500,000 feddans, the minister highlighted.

Tourism and Antiquities
Minister of Antiquities and Tourism Khaled al-Anany gave information of the Baron Empin Palace saying, "As Baron Palace was sold by heirs, its contents were sold in an auction by new owners before becoming state-owned… A 3D design was made after acquiring drawings of Baron Palace in order to restore its architecture properly."

The minister disclosed that the Ancient Egyptian Military Vehicles Museum will launch in two months in Boulak.

Addressing the re-opening of tourist establishments, the minister underlined, "South Sinai, Red Sea, and Luxor have zero COVID-19 infections at present, and this is where international tourism is resuming."

Given that most projects launched on Monday lie in Misr Al Gadida, Anany highlighted that the neighborhood was inaugurated in 1905.

Roxi-Ramses Axis consists of 6 roads with a total length of 10 kilometers linking downtown and Misr Al Gadida. The Cairo-Suez Road was accomplished over 2 phases. One is Abou Ghazala-Ring Road Bridge. The other is a bridge between the Ring Road and Regional Ring Road extending on 38 kilometers.

Two bridges were built near Rehab and Madinaty, and 2 others were constructed near Gardenia area.