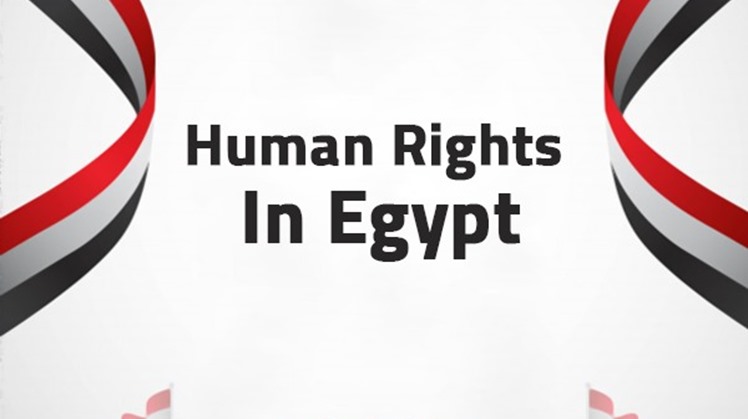 Tue, Oct. 20, 2020
CAIRO - 20 October 2020: During the second cycle of the Human Rights Council’s Universal Periodic Review, the Egyptian Government received 300 recommendations, of which it fully accepted 224 and partially accepted 23, while it rejected 23 recommendations as they were incompatible with the Constitution or with universally recognized human rights. One of the latter concerns the highly controversial ‘capital punishment’. However, what is almost never brought up in the media and in public debates is the standards and procedural guarantees surrounding the Egyptian law for the death penalty, which makes it in line with all and any international human rights covenants.

The Egyptian law permits the death penalty, similar to many countries in the world, for the most serious crimes, in line with Article 6 of the International Covenant on Civil and Political Rights. The punishment is surrounded by guarantees that balance the right of society to general deterrence and the person's right to life, but it is bound at the same time to apply all fair trial standards, and to guarantee the right of the convicted person not to be subjected to any violation or cruel treatment. The review is carried out by the Supreme Court in accordance with the provisions of the constitution and the law.

Defining "the most serious crimes" is a matter that concerns basically every society, as the people are the source of the powers; and punitive texts are not sacred texts and are therefore subject to amendment and cancellation in light of the observance of the public interest and national security requirements of each country, and in accordance with the social and political developments it is going through.

The Egyptian law has surrounded this punishment with procedural guarantees that ensure that whoever faces the death penalty will receive a fair and equitable trial before the competent court. Among these guarantees are the necessity to seek the assistance of a lawyer during the preliminary investigation stage conducted by the Public Prosecution Office and during the trial, the consensus of the court’s judges on the death sentence, and presenting the case in which the death sentence was convicted to the Court of Cassation without stopping an appeal by the convict. Moreover, the death sentences in absentia fall once the accused is arrested; the death sentence against an accused who did not reach the age of eighteen at the time of committing the crime is inadmissible; and all case documents must be submitted to the President of the Republic to consider using his constitutional and legal right to pardon or reduce the punishment.

Accordingly, the legal and legislative framework in Egypt regarding the death penalty is consistent with international standards in Articles 6, 14, and 15 of the International Covenant on Civil and Political Rights, and Article 37 of the Child Convention. It is also consistent with the limit of retribution in Islamic Sharia law.

The Court of Cassation has ruled that the International Covenant on Civil and Political Rights has not abolished or amended - explicitly or implicitly - the provisions of the penal laws that provide for the death penalty in force in the signatory states, and it left the ruling for the most severe crimes to the domestic laws in the countries that accede to them. It does not affect the application of the provisions of the penal laws as they are included in the imposition of the death penalty in force in the Arab Republic of Egypt, in addition to the fact that the Arab Republic of Egypt did not sign or ratify the second Optional Protocol attached thereto, and thus it is not binding on it.