Artificial intelligence is important for all young people in the world: Sisi on WYF 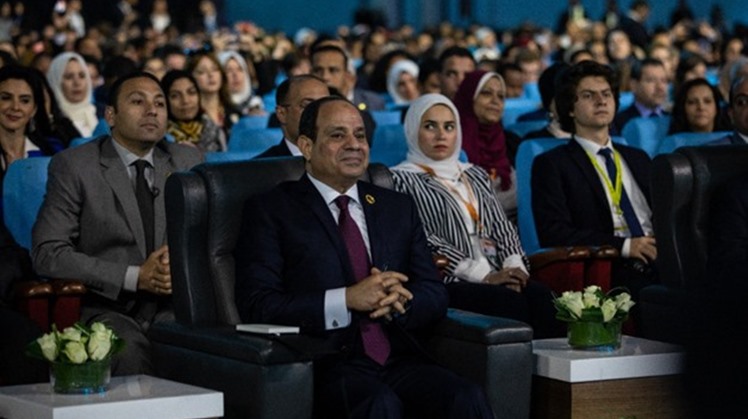 Mon, Dec. 16, 2019
CAIRO - 16 December 2019: On WYF 2019, Egypt's President Abdel-Fatah al-Sisi said that this Forum is an appropriate opportunity to tackle important comprehensive topics for all humanity, asserting that artificial intelligence is important for all young people in the world.

Sisi’s speech came during the session "Artificial Intelligence & Humans: Who is in Control?", where the president stated that the discussion of artificial intelligence is important for the future of youth in Egypt, as we do not want to miss the opportunity to catch up with industrial progress.

During the session, the president announced the opening of a new generation of universities that specialize in modern science during the current academic year. "We strive to cooperate with all the prestigious universities in the world to ensure the quality of education we provide young people with in this field," the president explained.

"We have paid attention to the concepts of mechanization and artificial intelligence in the administrative reform, and during the next year the governmental institutions will move to the New Administrative Capital to reduce the intervention of the human factor," President Sisi continued.

The forum kicked off on Saturday in South Sinai’s Sharm el Sheikh, with the participation of around 7,000 attendees from around the world, according to state’s news agency MENA.