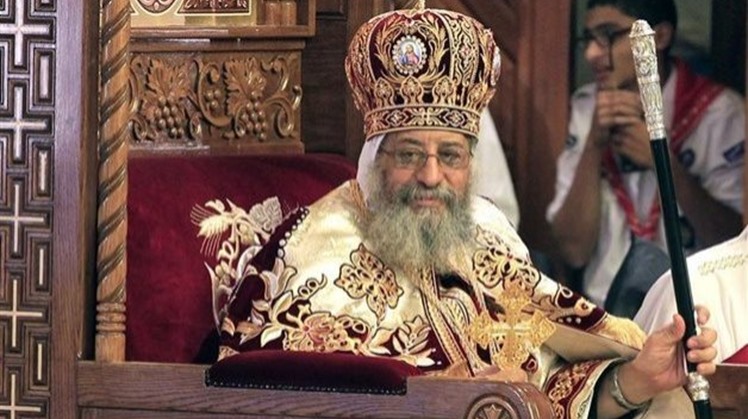 “On my behalf and the behalf of the Egyptian Coptic Orthodox Church, I am pleased to extend to your excellency (the president) and to our Muslim brothers the sincerest heartful greetings on the blessed Eid Al-Fitr,” Pope Tawadros said.

Addressing the president, Pope Tawadros said: “I take this opportunity to hail the sincere efforts you exert to achieve the aspiration and hopes of the Egyptians.

He added in his greeting message to the president: “We pray to God that he grants you abundant health and further success and achievement so that you lead the country in the path of development, stability and prosperity.”

In Eid al-Fitr religious holiday, Muslims all over the world celebrates the end of the month-long dawn-to-sunset fasting of Ramadan.

The Islamic holiday usually is an occasion for social gatherings and celebrations; however, this year and due to coronavirus, gatherings or outings will be limited in the streets, due to the government restrictions to prevent the spread of the virus.

Eid al-Fitr holiday will start from Wednesday 12th of May until Sunday 16th of May, and work will resume as of 17th of May.

Prime Minister Madbouly announced that shops, cafes, restaurants, Ramadan tents and malls will be closed at 9 pm during these two weeks.

He further added that concerts, weddings, meetings and conferences will be banned.