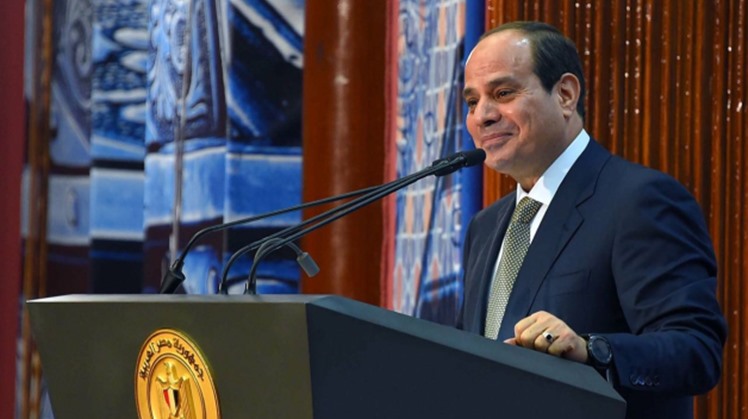 “Building one university costs about 8 to 10 billion EGP and therefore if the population reaches 125 million people over the coming 12 years, we need approximately 400 billion EGP for construction only,” he said.

President Sisi said that the 2011 Revolution had a great negative impact on the state’s sector of antiquities as some projects in this field had stopped besides losing some antiquities via smuggling outside the country, saying “the consequences of instability are destructive for the state and its future."

President Sisi continued that after the 2011 Revolution, more than 75 churches have been destroyed, but they have been restored.

The President inaugurated the Sharm El-Sheikh Museum, the Royal Vehicles Museum, and the Kafr El-Sheikh Museum. He welcomed a Saudi delegation headed by the governor of Tabuk Province Prince Fahd bin Sultan bin Abdulaziz Al Saud at his arrival.

King Salman University is considered one of the national projects for the development of the Sinai Peninsula. It has three branches in the city of Al-Tur, Ras Sidr City, and Sharm El Sheikh, with a total of 10 colleges that can accommodate up to 30,000 students.

The majors of the university include Applied Engineering, Computer Science, Technological Industries, Financial and Administrative Sciences, Tourism and Hospitality, Desert Architecture, Language and Applied Languages, and Art and Design.