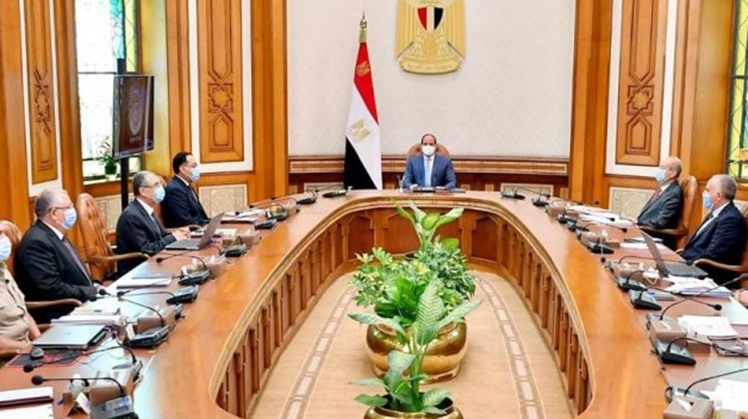 Mon, Sep. 14, 2020
CAIRO - 14 September 2020: Egypt's President Abdel Fattah El Sisi has called for integrated action among the different sectors to expand the area of productive farmlands and build new urban communities in North and Central Sinai, as well as the southern Valley.


Sisi was posted on efforts exerted by the different government bodies to improve the infrastructure, which is key to achieving development in those areas, Rady added.


Attending the meeting were the ministers of electricity, irrigation and agriculture, as well as the governor of North Sinai and the chairman of the Armed Forces Engineering Authority.


He also was briefed on the efforts to enhance the axes of farming and irrigation by digging water channels to transfer water from treatment plants in the west of the Suez Canal to the east.


The meeting also reviewed updates on developing the cities of the North Sinai governorate, especially El-Arish city, through constructing a number of new axes, upgrading and expanding the existing roads, as well as renewing facilities and buildings and achieving the optimal use of lands