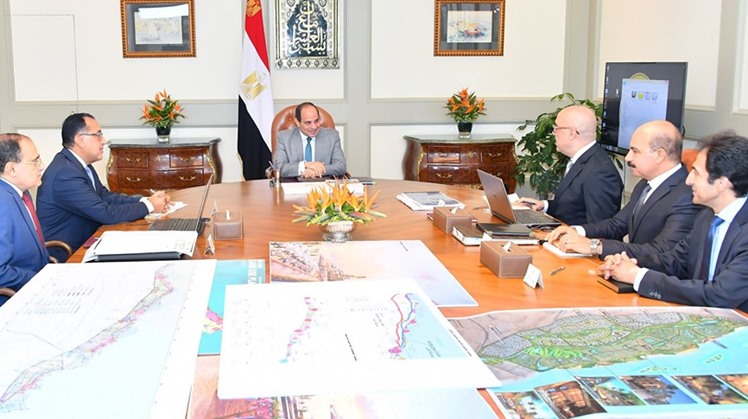 Sun, Sep. 29, 2019
CAIRO – 29 September 2019: Egypt's President Abdel Fattah al Sisi held a meeting on Saturday with the prime minister and the minister of housing, in which they discussed a number of housing projects and new urban communities being constructed nationwide, including Upper Egypt's new cities.

The Higher Council for Planning in August approved allocating 15,000 feddans for setting up a new city in Bani Mazar in the Upper Egyptian Minya Governorate, on the west bank of the Nile, in a meeting chaired by Prime Minister Mostafa Madbouli, MENA cited Cabinet Spokesman Nader Saad as saying.

Also, the council approved setting up poultry investment projects in the governorates of Luxor, New Valley, North Sinai and Qena along with other areas, added the spokesman.

President Sisi, during Saturday's meeting, ordered continuing work to complete the housing and utilities projects according to the timetables and the quality standards that have been contracted, provided that these projects represent a positive change to the life of, including providing them with advanced services, the Egyptian presidential spokesman Bassam Radi said.

Concerning projects currently being implemented in the roads sector, Sisi said it must include all basic services, and urged providing the best services to allow the smooth movement of vehicles and provide security and safety for citizens.

He stressed that the construction work proceeds according to the planned implementation schedules.