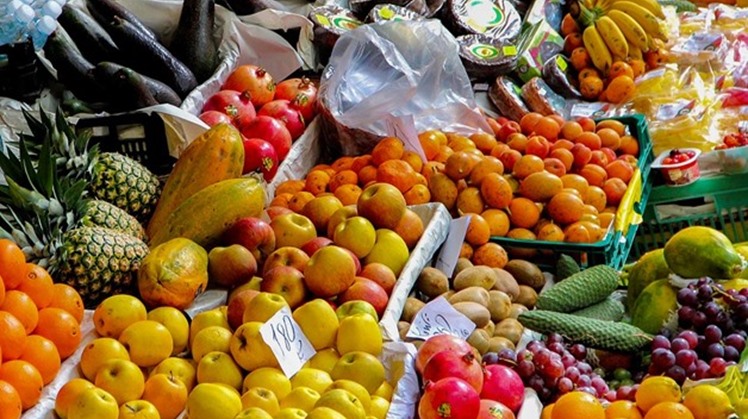 Wed, Sep. 9, 2020
CAIRO – 9 September 2020: Egypt's Ministry of Supply and Internal Trade announced, Wednesday, the establishment of a commodity exchange management company, which would work to organize the process of trading various food and consumer goods between producers and traders.

Minster Ali Moselhi emphasized that the commodity exchange will provide protection for small farmers and producers by collecting the production, classifying it and making it available to all traders on the stock exchange platform in a form of an organized market. This according to Moselhi will contributes to increasing the competitiveness of small farmers and producers.

He added that this announcement will encourage small traders to enter into the organized trade system, which will be reflected on the commodity prices for the benefit of the consumer and the producer.

The establishment of the commodity exchange management company comes in accordance with president Sisi directives on controlling markets, providing commodities, on affordable prices to consumers.

The Egyptian Commodity Exchange Company was established with a capital of LE91 million distributed over the Egyptian Stock Exchange, the Internal Trade Development Agency, the Holding Company for Silos and Storage, the Commodity and Supply Authority, a number of investment banks, the Misr Insurance Holding Company and Misr for Central Clearing, Depository and Registry (MCDR).

Assistant Minister of Supply and Internal Trade and head of the Internal Trade Development Authority, Ibrahim Ashmawy said that the commodity exchange company aims to reduce the circulation of commodities between farmers and producers, right up to the consumer.

“seller [farmer, trader or producer] can deposit the goods inside the stores approved by the Ministry of Supply after classifying them and giving them a degree for the quality to be traded directly on the electronic platform of the stock exchange that displays the available quantities of each commodity on the stock exchange screens” Ashmawy said.

He added that this will control the mechanisms and forces of supply and demand between the seller and the buyer in determining the price of these goods is in favor of the consumer, which will be reflected positively on the prices of goods and products.

It is also scheduled to start offering a number of basic commodities on the commodity stock exchange such as "wheat, oil, sugar and rice" as a first stage in the first /second quarter of next year 2021.

Previously, Minister of Supply and Internal Trade Ali Al-Moselhi, emphasized that the existence of approved warehouses is indispensable for the start of the commodity exchange project, explaining that it organizes supply and demand processes and through which the owner of the commodity or the farmer can advertise his products.

He also explained that the selection of the locations of these strategic warehouses for the commodity exchange is done according to technical specifications, the most important of which is to be near the main network of hubs and sea and dry ports to ensure easy access to the packing warehouses and set them up on a geographical scale that guarantees better, faster and more efficient coverage of goods and their supplies at the level of the country.

In 2019, Egypt announced the establishment of the commodity exchange to be in October, but the process was delayed.

A commodity exchange is a legal entity that determines and enforces rules and procedures for trading standardized commodity contracts and related investment products. A commodity exchange also refers to the physical center where trading takes place. It is a market in which products and commodities are sold in bulk.

In fact, the first fruit and vegetable exchange was established in Badr City, Beheira Governorate, in Unit No. 1 to store vegetables and fruits, instead of markets, where goods are spoiled. It is an integrated enterprise with an industrial and a commercial part.