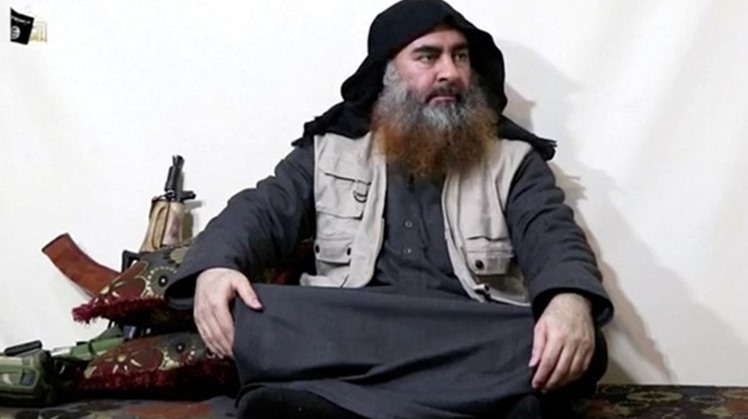 Tue, Oct. 29, 2019
CAIRO – 28 October 2019: Egypt's Foreign Ministry welcomed the news about US success to get rid of Islamic State (IS) leader Abu Bakr al-Baghdadi in a raid on Sunday, in Syria's Idlib, an official statement read.

The umpteenth death of Baghdadi was confirmed by US President Donald Trump in a speech at the White House. Iraq and Kurdish-led Syrian Democratic Forces claim they had provided the location of the top dangerous terrorist to the US, based on intelligence information.

Egyptian Foreign Ministry spokesman Ahmed Hafez said that such progress highlights the need to continue to consolidate international efforts to confront all forms of terrorism, asserting that all takfiri terrorist organizations, including Daesh (another word for IS), Al-Qaeda, and Muslim Brotherhood stem from the same extremist ideological source.

The Egyptian state has labeled the Muslim Brotherhood a terrorist organization since late in 2013, after their leader, Mohamed Morsi, who served at the time as the country's president, was ousted following popular uprising, January 30 Revolution. The one-year president died earlier this year.

The ministry spokesman affirmed the need to face the terrorism phenomenon in a comprehensive way that takes into consideration the security and developmental aspects, as well as the intellectual aspect, through refuting "misconceptions" of the religious contexts promoted by the terrorist groups.

He also noted to Egypt's continuous efforts to calls on the international community to hold accountable the countries that promote and fund terrorism, and harbor and facilitate the movement of the terrorist elements, in a clear reference to Qatar and Turkey.

Since June, 2017, the Arab quartet of Saudi Arabia, Egypt, the United Arab Emirates and Bahrain have boycotted Qatar over its alleged role in financing terrorism, inciting violence through the state-funded Al-Jazeera network, and for harboring terrorists, including many Muslim Brotherhood group members wanted by the Egyptian state.