Egypt's Sisi tells US envoy for Horn of Africa GERD 'existential issue', Egypt to not accept harm to its water interests 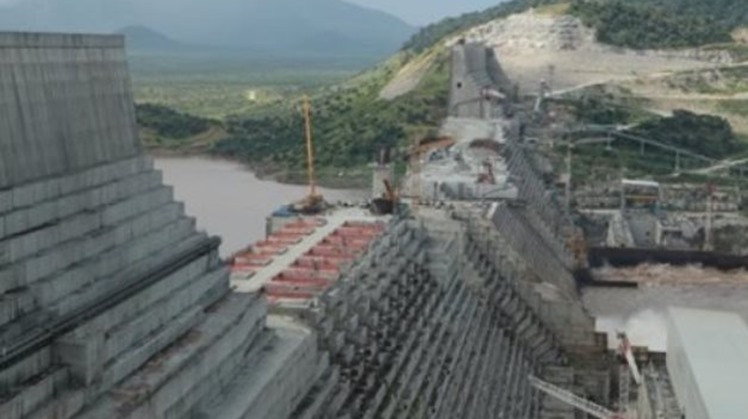 Wed, May. 5, 2021
CAIRO, 5 May 2021: Egypt's President Abdel Fattah al-Sisi told the US Special Envoy for the Horn of Africa Jeffrey Feltman on Wednesday that Egypt will not accept harm to its water interests and its people’s resources, amidst their discussion of the Ethiopian dam dispute.

Receiving Feltman in Cairo, El-Sisi asserted that the Grand Ethiopian Renaissance Dam (GERD) issue is “existential” to Egypt, calling on the international community to fulfill its responsibility in resolving this crisis, a presidential statement read.

The president also highlighted the vital role of US influence in this regard, according to Al Ahram Online.

Tensions have escalated between Egypt, Sudan, and Ethiopia around the GERD issue. Previous rounds of African Union-sponsored talks to reach a consensus have all been deadlocked.

Ethiopia has reiterated its plans to execute the second phase of the massive dam filling – to take place in July – in spite of Egyptian and Sudanese objections, which are due to the absence of a legally-binding agreement on the filling and the operating of the dam.

Egypt and Sudan say they are not against development in Ethiopia and that they do not object to the filling of the dam's reservoir, but have also highlighted the need to reach a binding agreement before the next rainy season.

El-Sisi in April warned Ethiopian officials that “all options are open” when it comes to facing threats to Egyptian water.

“Feltman affirmed that the US administration is serious about resolving that sensitive issue given the great importance it represents to Egypt and the region,” the presidency said.

Feltman added that the GERD issue requires reaching a just and comprehensive settlement, according to the presidency.

El-Sisi told Feltman that Egypt is still seeking a fair and legally-binding agreement under the negotiations sponsored by the African Union, which is led this year by Congolese President Felix Tshisekedi.

The president underscored Egypt’s flexible approach in dealing with the GERD issue over the past years through various negotiating paths.

El-Sisi noted that this approach has always been based on Egypt’s attempt to reach a fair, balanced, and legally-binding agreement that respects the interests of Egypt, Sudan, and Ethiopia.

The president noted that Egypt has sought an agreement on the GERD that would also take Egyptian rights into consideration, preserving its water security.

Despite these efforts, negotiations have not produced such an agreement due to the absence of the other party’s political will, El-Sisi said, in reference to the Ethiopian side.

Egyptian Minister of Foreign Affairs Sameh Shoukry, Minister of Irrigation Mohamed Abdel-Ati and US Ambassador to Cairo Jonathan Cohen attended the meeting with El-Sisi and Feltman.

Feltman, newly named as special envoy for the Horn of Africa, is touring the region – including Egypt, Ethiopia, Sudan, and Eritrea – amid growing tensions.

El-Sisi congratulated Feltman during the meeting on his new post, wishing him success in dealing with the issues in the region.

This comes at a time when the Horn of Africa is witnessing many complicated challenges that threaten to undermine stability, the statement cited El-Sisi as saying.

The president said this situation in the region requires an intensified US involvement to contain these challenges.

El-Sisi during the meeting also emphasised Egypt’s keenness to enhance bilateral cooperation with the US within the framework of the extended, strategic partnership between the two countries.

The president also highlighted the vital role of the US-Egypt partnership in achieving stability in the Middle East and Africa, the presidency said.

Feltman hailed the strategic relations between Egypt and the US in light of Egypt’s political significance and vital role in the region.

The US envoy also affirmed his country’s keenness to boost cooperation with Egypt on the bilateral and regional levels.

Shoukry and Abdel-Ati also met separately with the US envoy to discuss the GERD updates.