Everyone knows it is impossible for all humans to agree on just one religion: Egypt's Azhar Grand Imam 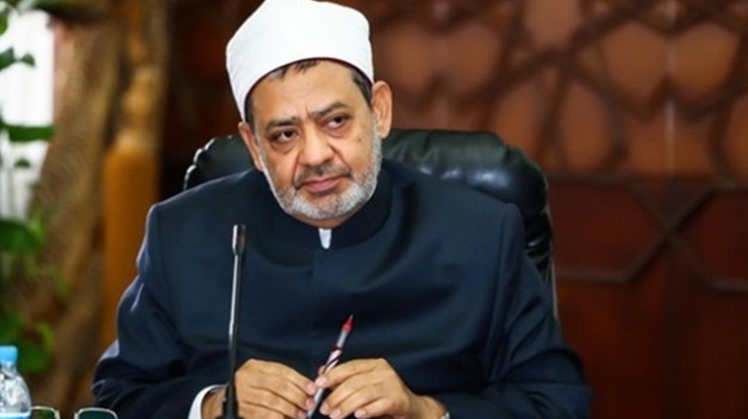 He added in his speech during the celebration of the 10th anniversary of founding the Egyptian Family House that: ‘everyone knows it is impossible for all humans to agree on just one religion’.

Al Tayyeb noted that the idea of establishing the ‘Egyptian family house’ came after realizing that other parties wanted to provoke sectarian strife in Egypt, which was something Al-Azhar and the churches felt its danger, so they decided to establish the house to stress and spread several concepts and rights.

The Celebration of the 10th anniversary of founding the Egyptian Family House kicked off on Monday with the participation of Azhar Grand Imam Sheikh Ahmed El Tayyeb and Pope Tawadros II, 118th Pope of Alexandria and Patrarch of the See of St. Mark along with former president Adly Mansour.

The ceremony, held at the Al-Azhar Convention Center in Nasr City, started with playing the national anthem.

The ‘Egyptian Family House’ aims to preserve the fabric of Muslim-Christian unity within the Egyptian society, by following a number of means to achieve this end; notably, reaffirming the noble values and common characteristics between the various religions and cultures; establishing a new discourse that caters to the needs of the youth, as a pillar to moral and education, to encourage peace, and the rejection of hatred and violence; promoting cooperation and coexistence among citizens; monitoring and proposing preventive means to maintain social peace; and training imams and priests in various parts of the country to acquaint followers with other faiths to maintain social peace

The Family House works on promoting the Muslim and Christian values of compassion, empathy and understanding and upholding the principles of coexistence and tolerance.

The Family House also aims to encourage the culture of peace and acceptance of others and counter hatred and violence.