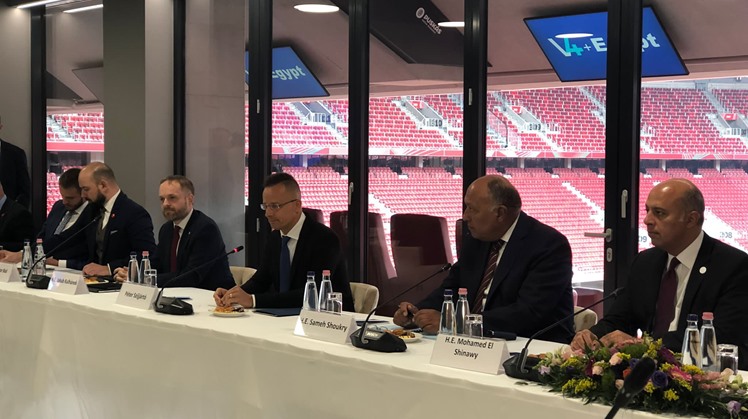 Tue, Oct. 12, 2021
CAIRO – 12 October 2021: In a ministerial meeting for Egypt and the Visegrad group (Hungary, the Czech Republic, Slovakia and Poland), Egyptian Foreign Minister Sameh Shoukry discussed ways of enhancing cooperation among the participating countries, besides number of regional and international issues including situation in Afghanistan, the counterterrorism, and illegal immigration.

Later in a press conference, Shoukry praised the bilateral relations between Egypt and the four countries of Visegrad, adding that this summit supports the bonds of relations between Egypt and the members of the group to continue the political dialogue on regional and international situations of common interest and to formulate a common vision regarding the challenges facing our countries.

Shoukry said the meeting tackled various issues, including illegal immigration and the efforts made by Egypt to reduce this phenomenon.

“Since 2016, Egypt has taken the necessary measures to prevent illegal immigration,” he said, adding that Egypt hosts from 5 to 6 million immigrants, who have all services of education, health and others provided by the government.

“Egypt will not establish any kind of refugee camps on its lands,” Shoukry said.