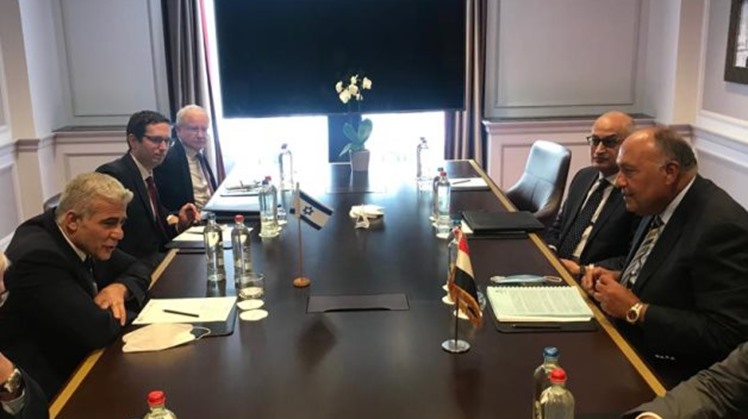 Mon, Jul. 12, 2021
CAIRO – 11 July 2021: Egypt called on Sunday for the necessity of resuming the peace talks between the Palestinians and Israelis, said Egyptian Ministry of Foreign Ministry Spokesperson Ahmed Hafez.

During his meeting with Israeli counterpart Yair Lapid on Sunday on in Brussels, Egyptian Minister Sameh Foreign Minister called for an urgent move towards resolving the current stalemate between the Palestinian and Israeli sides to pave the road for just and comprehensive peace negotiations, Hafez tweeted.


In January 2021, a quartet committee between the Foreign Ministers of Egypt, France, Germany and Jordan convened in Cairo on Monday to discuss the ways of reviving the peace negotiation between Israel and Palestine after it has been suspended since April 2014 by former Israeli Prime Minister Benjamin Netanyahu because of a planned reconciliation deal between Fatah and Hamas movements.