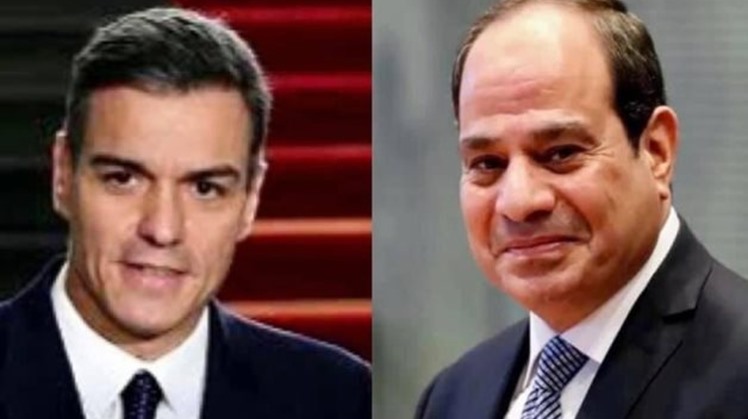 The president commended the Egyptian-Spanish ties saying he looks forward to bolstering bilateral relations, particularly in the sectors where Spain has outstanding expertise. Those include healthcare, maritime shipping, renewable energy, and tourism. That is in addition to encouraging Spanish firms to seize investment opportunities in Egypt, especially national mega projects.

On his side, the Spanish prime minister expressed appreciation for the leadership and people of Egypt lauding the extended friendship between both countries. Sanchez "valued the role of Egypt in establishing the pillars of stability in the Middle East and the Mediterranean, and its efforts in combating terrorism, extremism, and illegal migration," the presidency press statement indicates. He also expressed keenness on expanding cooperation with Egypt in various fields, and intensifying consultation and coordination with the fellow Mediterranean country.

Both leaders conferred over regional and international matters of mutual interest, mainly illegal migration, the Palestinian Cause, and developments on the Libyan scene so as Sisi displayed Egyptian efforts deployed to achieve a political settlement to different crises in the region.