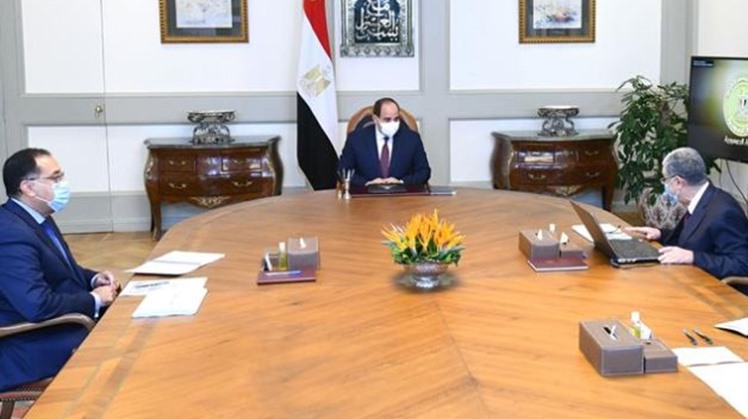 
President Sisi’s comments came during a meeting with Prime Minister Mustafa Mabdouli and Minister of Electricity Mohamed Shaker, tackling the latest development of Egypt’s megaprojects of electricity linkage with countries like Sudan, Jordan, and Iraq.


The meeting tackled the latest update of the ministry’s projects nationwide. President Sisi highlighted the importance of meeting the deadline for the ongoing energy projects in Sinai and the South Valley region.


“The President also directed the expansion of electricity generation projects from new and renewable energy sources, in partnership with specialized expertise from the private sector. The President directed that efforts to upgrade the electricity system in Egypt should be continued, within the framework of the state’s comprehensive modernization plan for electricity, in support of the state’s efforts in achieving development nationwide,” the statement read.


President Sisi was also briefed on the developments of constructing electrical infrastructure in the New Administrative Capital and extending power lines and tunnels carrying high-voltage cables to the various neighborhoods in the capital, especially the government district, the diplomatic district, and residential areas, the statement added.

The Minister of Electricity talked about the electrical supply for the southern valley in Toshka and East Owainat and in North Sinai, the statement said.