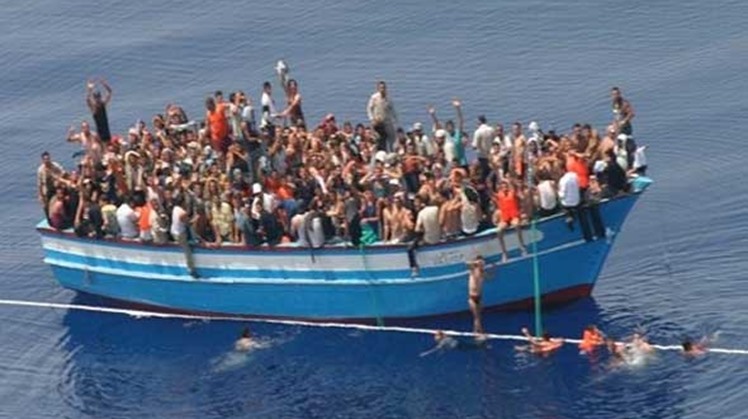 In an interview with Egyptian TV host Wael El Ebrashi on national TV, the Spanish minister affirmed the importance of stopping illegal immigration in order to stop human trafficking and exploitation of migrants in backing terrorism.

In this regard, the Spanish minister called for providing support to countries that represent a source of refugees to help these countries achieve economic development.

The minister urged bringing all actors in the Libyan conflict to the negotiation table, affirming that Spain rejects unilateral actions that cause destabilization of the region,

González Laya said Spain agrees with the European Union’s position of solidarity with Cyprus and Greece against unilateral actions in the eastern Mediterranean region and the violations that occur on economic zones.

The Turkish president's continuous threats to use force is unacceptable, and we must avoid any military confrontation in the eastern Mediterranean, she said.

Concerning the demarcation of maritime borders, the minister stressed the need for negotiations between countries that share the same water borders, because negotiations are the best means for the peaceful exploitation of energy in the Mediterranean.

Earlier in October, Laya praised the cooperation between her country and Egypt in the field of women empowerment, awarding head of the Egyptian Center for Women's Rights, Nehad Abolkomsan, the Order of Civil Merit.

The ceremony was held at the Spanish embassy in Cairo with the attendance of Maya Morsy, head of the National Council for Women (NCW), who said she looks forward for more partnerships and exchange of experience serving the welfare of Egyptian women and families.

The Spanish minister highlighted that the empowerment of women is one of the most important fields of cooperation between the two states, emphasizing that Madrid supports the Egyptian efforts to eliminate discrimination and violence against women to implement the 2030 strategy of empowering Egyptian women.

She added that the Spanish government has the cause of women's and girls' rights on top of its agenda in working with Egypt, and is keen on cooperating with the NCW to empower women.

Abolkomsan, a lawyer, was awarded grade 5, Crus de Oficial, of the order in the name of Spanish King Flipe VI.