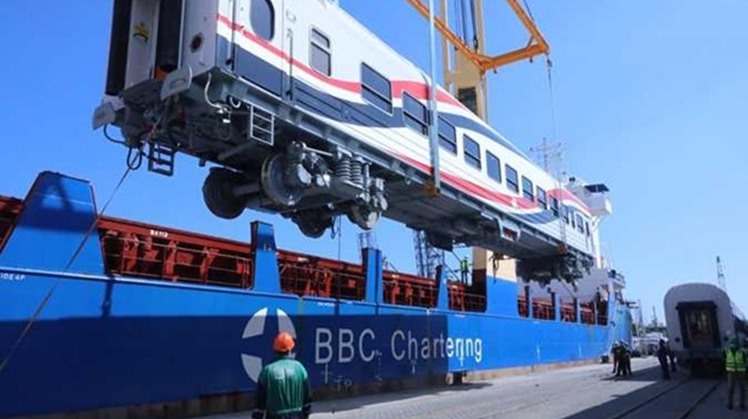 Wed, Jul. 1, 2020
CAIRO – 1July 2020: The second batch of the Russian railway vehicles are expected to dock at Alexandria Port within the coming days, carrying eight vehicles shipped by sea.

An experimental trial of the model vehicles that arrived a week ago is underway without passengers to ensure its safety in preparation for the operation of the first batch of vehicles during July.

The new Russian vehicles will start to arrive in Egypt as of July, with 30 vehicles arriving each month, and by the end of the year, the authority will receive 180 new vehicles.

The agreement with the Russian-Hungarian alliance, led by Transmachholding Company, includes the supply of the 1300 vehicles within 40 months of the date of activating the signed contract.

New airway from Milan to Alexandria kicks off in September Wed, Jul. 8, 2020

New airway from Milan to Alexandria kicks off in September Wed, Jul. 8, 2020