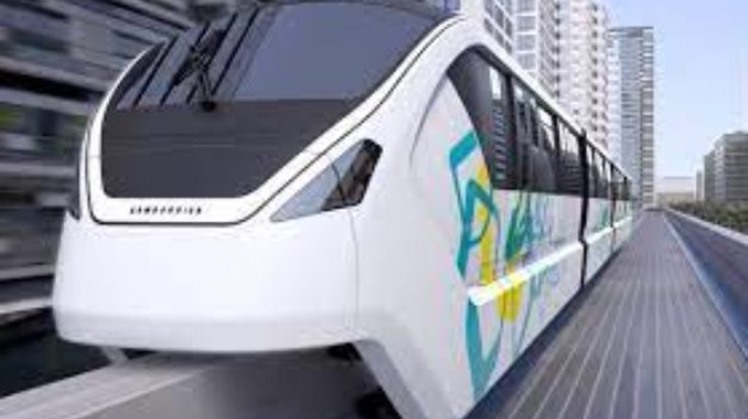 Tue, Jul. 27, 2021
CAIRO – 27 July 2021: Egypt's Minister of Transport Kamel al-Wazir announced Tuesday the arrival of the first monorail train – manufactured by Bombardier Inc. which was acquired by Alstom earlier this year - in the Port of Alexandria.

That is within a deal to supply 70 trains, consisting of four cars each. Those are automated and driverless. That is because "the INNOVIA monorail 300 system is equipped with Bombardier’s proven CITYFLO 650 communications-based train control solution," as indicated on the website of Bombardier.

The National Authority for Tunnels affirmed in March that the monorail section connecting 6th of October City with the rest of Giza governorate will be accomplished within two years instead of three.

The section extends over 42 kilometers and consists of 12 stations located at Wadi El Nil St. where it will be connected with the metro network, Ring Road, Maryouteya, Mansoureya, Desert Road, the industrial zone and the Central Axis Road in front of Hyper One, Juhaina Square, Dar Al Fouad Hospital, and the New Urban Communities Authority. That is in addition to the station shared with the high-speed electric train extending between Alamain and Ain Sokhna.

Sources told Egypt Today that the project – whose capacity is 45,000 passengers - will start operation early in 2023, and that it will be operated and maintained by Bombardier Inc. for 15 years in return for a fixed annual payment.

The international company will solely offer recommendations on the ticket price but the final decision is in the hands of the Egyptian government represented by the Ministry of Transportation.

The Giza section of the monorail is executed by a consortium encompassing Arab Contractors and Bombardier Inc. The former accomplishes construction and civil works as well as the road-rail bridge, while the latter carries out signaling, communications, and control systems, and will supply the trains.

Bombardier Inc. is also part of a consortium with Orascom executing the Cairo section of the monorail. The cost of both sections is €3 billion, and the speed of the trains will be 80 kilometers per hour so as the duration of the trip between 6th of October City and the New Administrative Capital will be around 32 minutes.