2 more batches of Chinese medical aid to arrive in Egypt 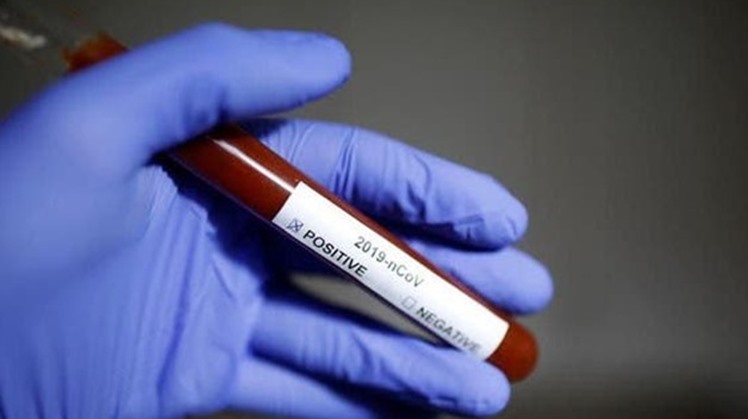 The ambassador announced that a second batch will arrive on April 21 consisting of 10,000 N95 masks and 10,000 medical protective suits, and that a massive third batch is being coordinated with the Egyptian government. That batch will encompass 150,000 masks, a million masks for medical staff, 70,000 medical protective suits, 70,000 COVID-19 test kits, and 1,000 thermometer guns.

Ambassador Liqiang revealed in the conference held virtually that later on Sunday medical aids will be handed over to university hospitals affiliated to Egypt's Ministry of Higher Education and Scientific Research. The aids are 100,000 masks, 15,000 N95 masks, 1,200 COVID-19 test kits, and medical protective suits. On Monday, Al Azhar will receive thousands of masks from China.

The Chinese envoy pointed out that medical aids to Egypt from his country are not only provided by official institutions but also by NGOs, companies, and hospitals.

The ambassador revealed that the capacity of the existing Chinese-Egyptian medical masks factory in Cairo will be expanded as the number of production lines will be increased to five, and that the output of each will be 100,000 masks daily. As such, the stock of protective equipment will be enlarged given that the factory's daily output of masks will be half million, Liqiang underlined.

As for developing a treatment for COVID-19, China's ambassador stated that the first phase of clinical tests of one medicine in his country is over, and that the second phase began on April 9 saying that such medicine may be the first in the world to be clinically tested. The ambassador added that two other medicines will soon be tested clinically.

Speaking of Chinese-Egyptian cooperation to produce medicine, Liqiang revealed that consultation between both sides on the matter is still underway, and that embassy supports all sorts of cooperation that achieves good health and safety for the Egyptian people.

A videoconference meeting was held by Egyptian and Chinese medical experts in order to exchange information over COVID-19 handling mechanisms as China has pledged to share with the Egyptian side information and technical results pertinent to the pandemic.

Responding to a question on whether the pandemic is having its toll on Chinese-Egyptian business partnerships, the Chinese ambassador stated that the negative impact is limited and can be contained.

Liqiang added that delegations of Chinese companies can visit the New Administrative Capital and SCzone to follow-up on the updates of partnerships between both countries there.

The ambassador stated that in 2019, Chinese direct investments in Egypt rose by 40 percent, which is $104 million stressing his confidence that cooperation between both countries will exceed previous levels after the pandemic is over.

Liqiang dismissed the possibility of the spread of COVID-19 again in his country highlighting that China still applies protective measures embodied in encouraging citizens to put on masks, and inhibiting gatherings and crowdedness among others.

The ambassador said that visits by Chinese businesspeople delegations to Egypt have been delayed because of coronavirus but they are still communicating with Egyptian counterparts via videoconference.

The Chinese ambassador said that his country deployed massive efforts, and made huge sacrifices to control the spread of coronavirus, and that China still faces challenges brought about by infections among those who returned from abroad.

Responding to reports on discriminatory treatment of Africans in China, the ambassador said that Chinese cities have adopted strict protective measures without discrimination against any foreign expats.

Liqiang added that the Chinese minister of foreign affairs called the chairperson of the African Union Commission (AUC) on April 13 to affirm that China is eager to ensure the safety of both Chinese citizens and foreigners in the country without discrimination, and that the Chinese-African relations are historic and cannot be affected by jeopardizing attempts.

The ambassador pointed out that some foreigners in China, including Africans, do not abide by protective rules, and that some even refuse to go through medical screening which risks their own health and safety and not just those of Chinese people.

The Chinese ambassador highlighted that there are 3,000 African students in Hoppi district, and that only one of them got infected with COVID-19 and is recovering. He added that proves his country's sincerity in protecting Africans on its soil pointing out that medical aids have already been provided to African states as well as medical staff that were sent to some of them to help.

Liqiang described allegations that China had hidden information about COVID-19 spread and not exercising transparency as groundless and aimed at tarnishing China's image affirming that his country informed the World Health Organization (WHO) once the spread of the virus had been confirmed being the first state to announce an epidemic existed.

Given that the United States has suspended funding to the WHO, Liqiang affirmed that China's support to the organization is fixed, and that the Chinese minister of foreign affairs affirmed such support to "plurality and international solidarity" to the WHO's Secretary General Tedros Adhanom.

The Chinese ambassador said that Adhanom and the WHO made tremendous efforts to protect public health globally, and that attempts to tarnish their image are not acceptable as well as exerting pressure on them.