A gold vessel belonging to King Psusennes I, displayed in the Egyptian Museum in Tahrir 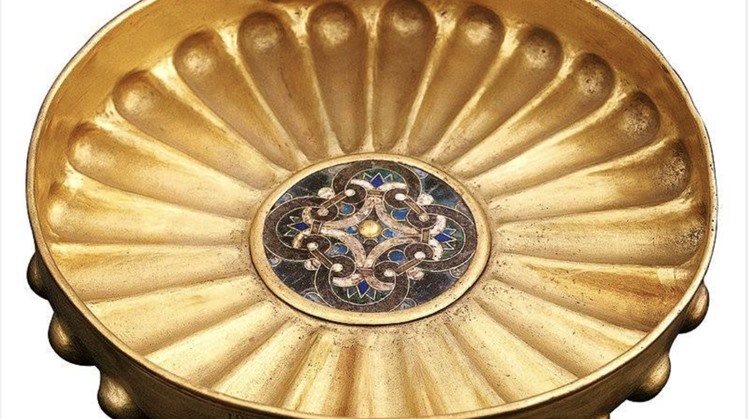 Sun, Jan. 22, 2023
The Egyptian Museum in Tahrir, one of the largest international museums, displays a large number of artifacts that exceed 50,000 pieces, in front of visitors. Among the unique pieces in the museum is a golden hollow vase decorated in the middle with a rose of glass paste.

The vessel dates back to the Third Intermediate Period, the Twenty-first Dynasty, the reign of King Psusennes I, circa 1040-992 BC. The vessel is 4.5 cm high and 15.5 cm in diameter. It was found in the NRT III cemetery in Tanis (San al-Hajar) in the eastern Delta.

The Egyptian Museum in Tahrir includes the largest collection of antiquities of ancient Egypt, as it contains more than 136,000 Pharaonic antiquities, in addition to hundreds of thousands of antiquities in its stores.