The mystery of the "imported" Tutankhamun dagger... Has technology revealed its secrets? 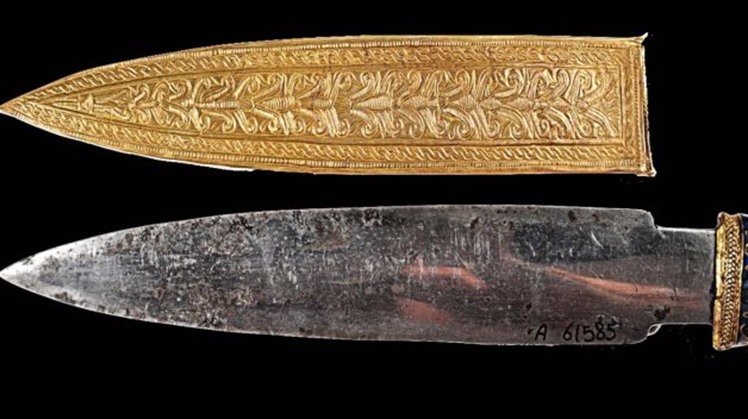 Sun, Nov. 6, 2022
A century ago, Howard Carter discovered the tomb of the boy king Tutankhamun and discovered ornate jewelry, beautiful furniture, fine clothing - and the famous golden face mask. Everything was in line with the royal burial that expressed the most prosperous eras in the history of ancient Egypt. Inside the mummy's casings, Carter discovered a dagger that seemed out of place.

The problem wasn't the golden dagger's sheath. Its blade was of shiny iron, a metal that the Egyptians did not learn to smelt until centuries after Tutankhamun's death. Carter had a simple explanation assuming that the dagger had been imported, perhaps from the ancient Hittite Empire in Anatolia, where there were Early iron industry It was not confirmed until 2016 that iron originated from much further afield, with the discovery that it contained high levels of nickel associated with meteoric iron. American Scientist.

What makes this discovery important is the way in which it was made by an X-ray analysis that was done without damaging the dagger. It's an indication of a new approach to Egyptology focused on preservation. Whether you're studying mummies without unpacking or creating virtual landscapes as they've been around for thousands of years, we can now make discoveries that Carter could hardly have dreamed of while leaving artifacts intact for future generations.