Egypt's Museum development.. Updates on the development work in the Greco-Roman Museum 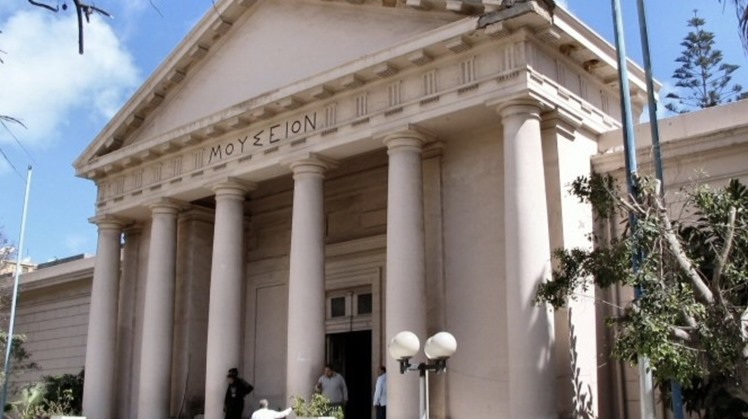 Mon, Jun. 27, 2022
The state, represented by the Ministry of Tourism and Antiquities, is working to develop a number of archaeological museums in terms of modernizing lighting and implementing a new display scenario. Recently, 22 halls in the Egyptian Museum were completed with a total of 100 halls. During the following report, we review where the development work has reached in the Greco-Roman Museum.

The Greco-Roman Museum is one of the most important landmarks of the city of Alexandria. It was officially opened in 1892 during the reign of Khedive Abbas Helmy II. The purpose of building this museum was to preserve the antiquities discovered in Alexandria.

The museum initially included 11 halls, then other halls were added until, after the development that took place in 1984 AD, their number reached 27 halls, in addition to the museum garden, according to the Ministry of Tourism and Antiquities. Most of the museum’s holdings date back to the period between the third century BC AD until the third century AD, including the Ptolemaic and Roman periods, as well as the Coptic period.

The museum continued to perform its scientific, cultural and educational message for Egyptian and foreign visitors until the decision of the Secretary-General of the Supreme Council of Antiquities was issued in 2005 AD to close the museum for development, which began preparations for it by inventorying and documenting all the museum’s holdings, and restoring what needed to be restored before packaging and transporting them to the museum stores. Two sets of pieces were loaned to the Bibliotheca Alexandrina Museum of Antiquities and the Alexandria National Museum for temporary display.

The library of the Greco-Roman Museum is one of the most important libraries in Alexandria, as it abounds with many rare books, and it was moved to a hall in the Maritime Museum to be available to students. Development, but work stopped after January 2011.

But after the June 30 revolution, work was resumed again, and the museum is scheduled to open during the coming period, which works to create a new attraction for tourism in the city. Determining the locations of antiques and large-sized artifacts and the dimensions of their bases, as the museum will include various artifacts dating back to the Greek and Roman eras, in addition to a museum garden, a center for preservation and restoration of antiquities, another center for currency research, a center for scientific research, and a historical library, and the museum is also equipped for owners Concern and easy tourism.

What has the development work achieved?
The Ministry of Tourism and Antiquities has recently announced that the structural strengthening of the museum building and the metal structure has been completely completed, in addition to the work of strengthening the structural elements of the ground floor, the architectural finishing works of the administrative building attached to the museum, the museum exhibition halls, lighting systems and facade columns, and the installation of the drainage and feeding network. And concrete works for the fountain.

It will display approximately 20,000 artifacts dating back to the Greek and Roman eras, according to the museum display scenario, as it is one of the most important and oldest tourist and archaeological landmarks specialized in the Greco-Roman civilization in the Mediterranean region in Alexandria.