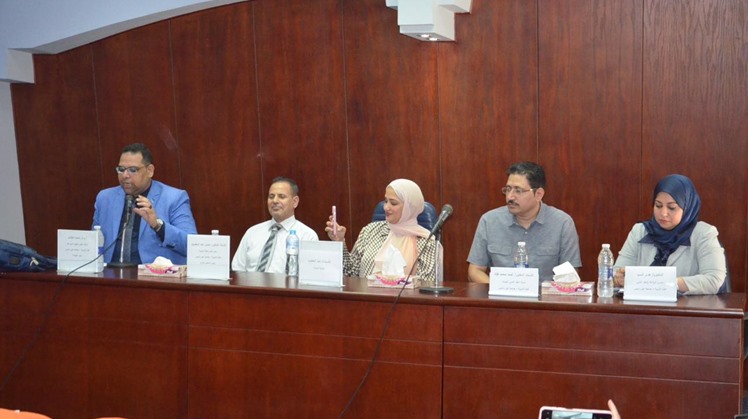 Sun, Jun. 26, 2022
The Future Library witnessed the activities of the cultural salon that the library launches monthly in cooperation with the Department of Arabic Language and Islamic Studies at the Faculty of Education at Ain Shams University.

The meeting dealt with several important topics, foremost of which are the fragmentation of form and the absence of meaning in literary genres, the new novelistic experience and the determinants of Arab taste between the past and the present, the reasons for the phenomenon of poets’ migration to the novel, the new symbolism and its impact on the novels of the twenty-first century, the new forms and issues of the novel, the language of narration and dialogue between Yesterday and today, and the convergence of literary genres in contemporary writings, the meeting also discussed the novels of Shaza Al-Khatib and their treatment of contemporary issues, in a rich critical dialogue.

Dr. Nabil Helmy, Chairman of the Board of Directors of the Heliopolis Society, to which the library is affiliated, said that the salon aims to activate the cultural movement in the community by hosting prominent personalities in the various science fields to exchange with the attendees many aspects such as thought, knowledge, philosophy, literature and opinions, noting that the library’s cultural salon discussed issues of The Arabic Novel in the Twenty-First Century, in the presence of the novelist Shatha Al-Khatib.