They thought it was a falcon.. A study on an Egyptian mummy reveals that it is an ibis. 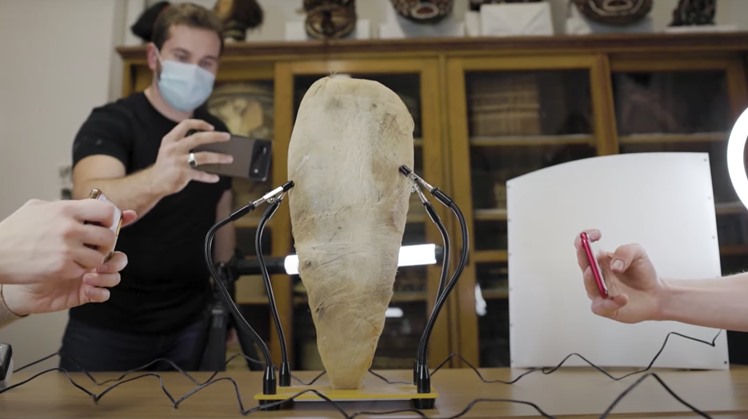 Mon, May. 9, 2022
Archaeologists at Cornell University conducted a recent study on the 1,500-year-old pharaonic animal mummy found at the university. To the god Thoth.

"This was not an ordinary organism for the pharaohs, it was something sacred, something religious," said Carol Ann Barsodi, a master's student in archeology at Cornell University who led the project, in a statement published by Live Science.

Carol Anne Barsodi has long placed her focus on the mummy that arrived at the university decades ago, which included the human mummy of Benny, a Thebian writer. After doing research, she discovered that no other Egyptian artifacts were found with the mummy.

Carol Barsodi worked at Cornell as an employee of the Technology Licensing Center, and while pursuing her degree in archaeology, she became interested in the mummy as a case study of how technology was used to unravel the mysteries.

Deciding to learn all she could about the mummy along with Frederic Gleich, senior lecturer and curator of the Cornell Anthropology groups, Barsodi took the mummy to Veterinary College, where the lightweight 2-pound (942-gram) mummy underwent a CT scan in order to determine that it was It was, in fact, a bird, and examination revealed a broken leg prior to the mummification process and that its feathers and soft tissues were still preserved. They were also able to discern that the bird's broken beak had broken after mummification.

The researchers then consulted with Fania Rohir, curator of birds and mammals at the Cornell Vertebrate Museum, who confirmed that the mummy contained the remains of an ibis.