Learn about the winners of the Sawiris Literary Prize, the Senior Writers Branch, for the year 2022 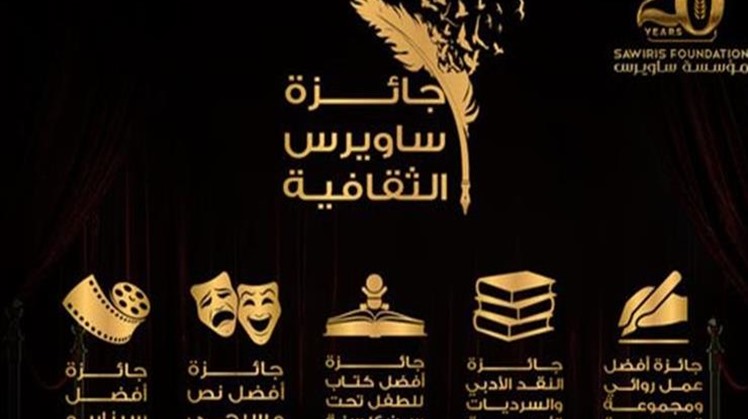 Sun, Jan. 9, 2022
On Saturday evening, the Sawiris Cultural Prize announced the names of the winners for the year 2022, in its 17th session, during a ceremony held at the National Museum of Egyptian Civilization, in the presence of a group of symbols of art and culture. Try not to see me" and Mohamed Abdel-Nabi for the "Once upon a time" group.

The award for best novel was won by Adel Asaad Al-Miri for the novel "The Lines of the Fabrics of the Self" and Muhammad Abu Zaid for the novel "A Spider in the Heart".

This came during the ceremony held by the Sawiris Cultural Prize, this evening, Saturday, to announce the names of the winners of the 1517th edition of 2022, in the fields of: novel, story collection, script, theatrical text, and literary criticism, in a large ceremony at the Egyptian Museum of Egyptian Civilization. In the presence of a group of public figures, community symbols, a large number of artists and intellectuals, as well as members of the jury whose names will be announced during the ceremony.