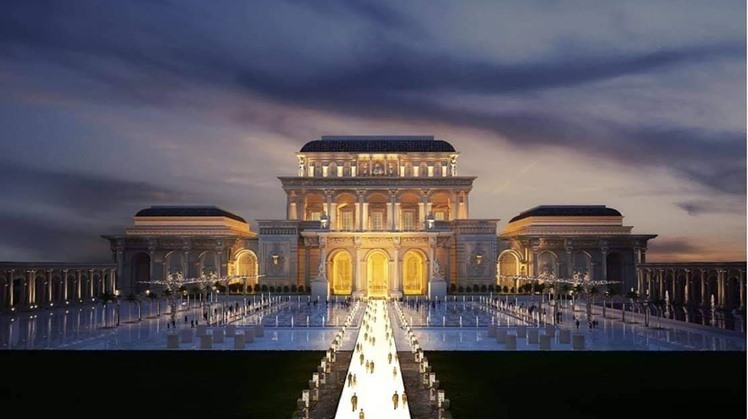 Tue, Dec. 28, 2021
Intellectuals, writers and poets have unanimously agreed that the current year 2021, which gathers its papers and heralds the departure, witnessed a strong return in the production of the novel, especially the historical, with a strong return of youth on the state stage and the emergence of a new generation that provides the arena with valuable works.

In separate conversations with the Cultural Department of the Middle East News Agency today, Tuesday, in their review of the cultural harvest that Egypt witnessed during 2021, the intellectuals stated that this year witnessed remarkable cultural activity; On many levels, including theater festivals, book fairs, and the publication of dozens of novels, despite the effects of the Corona pandemic.

They considered that Cairo witnessed a wonderful uproar in the fields of thought, literature and the arts, and that it (i.e. Cairo); The whole arts complex; It is still culturally awake, with its cultural events and activities.

The great writer and translator Sayed Imam confirmed that Cairo is still luminous with its soft powers and that it is the city of lights and clamor and the complex of all the arts, and that there are dozens of publications that complete the journey of the great pioneer Naguib Mahfouz and do not repeat it or imitate it, and dozens of novelists and female novelists.

Imam mentioned that those narrations that were remarkable and appeared this year; Proving once again Cairo's leadership in this beautiful type of literary production; Noting that there are also no less than ten collections of poetry by male and female poets who can easily be placed in the midst of the great international poetry tradition.

He explained that the current year witnessed a "flux" in the production of novels and poetry, while we find a noticeable decline in good cinematic production in the absence of names such as Atef Al-Tayeb and Ali Badrakhan.

He added that this year also witnessed the phenomenon of literary salons that are held online, perhaps the most important of which is the salon of Zine El Abidine Fouad and Dr. Abdel Nasser Hilal, who discussed a number of important cultural and intellectual issues and hosted a number of the brightest writers and thinkers, thus breaking the siege imposed by the dreaded outbreak of the Corona epidemic on the movement of art and artists.

He explained that four of the forgotten writers, Mustafa Nasr, Samir Al-Manzalawi and Saeed Noah, in addition to the poet Darwish Al-Asyouti, were honored by the Department of Culture in Sharjah, a well-deserved honor that these hardworking writers missed for years.

from his side ; Dr. Zain Abdel Hadi - Editor-in-Chief of Alam Al-Kitab - confirmed the return of the historical novel with great momentum and that there is an explosion of horror and adventure novels, and these last genres are far from criticism and evaluation until they become a serious path in the modern Egyptian novel.

He added that one of the most important cultural observations is the continuation of a dense phenomenon for several years, the emergence of a large number of writers in the field of novels, most of whom were working in the academic field and are still working in the media, such as Dr. Muhammad Afifi in his novel (Jacob), the journalist Sharif Aref in his novel (Nubar Street) and Ali Hassan in his novel (I am May Ziada).

He pointed to the continuation of the phenomenon of horror and adventure literature, with the emergence of a large number of historical novels, such as the night of the fall of Cairo, Shimon al-Masry and others.
He noted that it is known that historical novels multiply at certain times related to the limits of writing, led by Reem Bassiouni with her novel "Al-Qata'a", a continuation of her approach to these works during the past three years.

He pointed out that the most powerful event in 2021 is the occupation of an Egyptian film, the film (Feathers), directed by Omar Zuhair, for the first places in cinema, with actors standing in front of the screen for the first time, and it won awards from Cannes, China and El Gouna. It is a film similar to independent cinema in an unexpected leap for Egyptian cinema and its return to the fore, despite critics disagreeing on its value.

He pointed out that there is a strong return of young people to the state theater as well as independent theater with multiple plays, whether to be shown at the National Theater Festival, and they are many plays, including the play "Unique", "The Hunchback of Notre Dame" and "The Danish Experience".

He also touched on the state's return with a huge project in the new administrative capital, where the Arts and Culture City project appeared, which includes several museums, a huge public library and an opera house that recently hosted the Austrian Philharmonic.

turn; The thinker Dr. Ahmed Zayed emphasized; Recipient of the Al Owais Cultural Award; 2021 witnessed remarkable cultural activity on many levels, including film and theater festivals, and the Cairo International Book Fair; As well as film and drama production.

Zayed said that cultural books and literary works, especially novels, and translations from foreign languages ​​have been published, albeit at lower rates than previous years, and seminars and conferences have been held in official and civic cultural institutions, and public and private universities.

He expressed his hope that the coming year will witness more activity for cultural palaces, more publishing of theaters and cinemas in the regions, and more funding by the state for cultural industries, book publishing and translation; He wished that his wish that he wrote about and talked about a lot about what he called the National Reading Project would be fulfilled.

For her part, the poet Hajar Omar, who recently won the ISESCO Prize for Women’s Poetry, affirmed; 2021 was a year full of cultural challenges. The Corona pandemic affected many meetings, festivals and cultural activities and disrupted travel. Nevertheless, some festivals managed to withstand, and I was honored to attend the Tanta International Poetry Festival and the Marbad Festival in Iraq.

She considered that nothing could hinder the movement of thought and literary production, but the challenge was in the activities and events, pointing out that the pandemic showed the importance of social communication in publishing, interaction and communication; In this context, she referred to the emergence of pioneering cultural initiatives using "Zoom" programs.

and wished; in 2022; More prosperity in cultural activities and events; It is expected that we will reach a degree of coexistence with the pandemic, despite global concerns about the severity of its spread.