Registered at the World Heritage Site.. Learn about the landmarks of Nubia from Abu Simbel to Philae 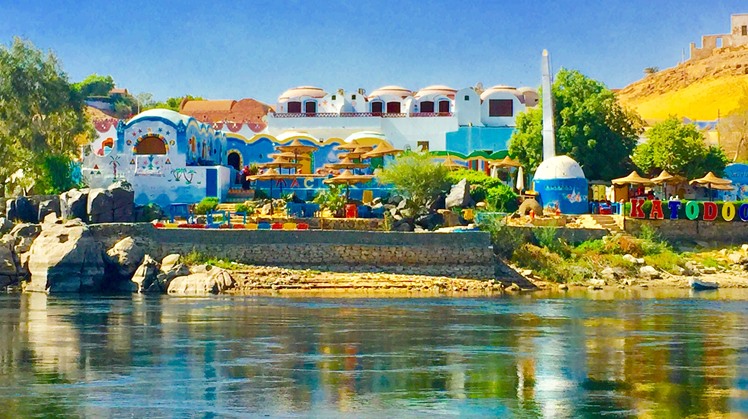 Tue, Nov. 30, 2021
The World Heritage Site "Nubian Landmarks from Abu Simbel to Philae" includes many archaeological sites such as the Temple of Ramses II in Abu Simbel and the Temple of Isis on the island of Philae, which were saved from drowning due to the construction of the High Dam.

The original site of the World Heritage site "Nubian Landmarks" was in front of the Second Waterfall, but since the establishment of the High Dam, they have been moved to their current new location.

UNESCO also launched a global campaign to save sites threatened with drowning as a result of the construction of the dam and transfer them to a new site suitable in terms of safety during the period from 1960 to 1980 AD at a cost of $80 million, as stated by the Ministry of Tourism and Antiquities, and 50 countries participated in it and the ECOMOS contributed to it. The registration of the site "Nubian Landmarks from Abu Simbel to Philae" on the UNESCO list of World Heritage sites in 1979.

The name "Abu Simbel" was given to this site by the Swiss traveler "Johann Ludwig Burckhardt" known as "Ibrahim Burckhardt", who discovered the site in 1813 AD when a child named "Abu Simbel" took him to him.

Philae Temple
The ruins of Philae include many buildings dating back to the Ptolemaic period (332-30 BC), the most prominent of which is the temple that was started by Ptolemy II Philadelphus (285 - 246 BC), which was dedicated to Isis, the mother of Horus, the lord of kingship. A scene in the mammisi or birth room, where the birth of Horus was celebrated, showing Isis breastfeeding her son Horus in the bushes.

The Temple of Isis is considered one of the most enduring ancient Egyptian temples; Where the temple continued to perform its role until the reign of the Byzantine King Justinian (527 - 565 AD.), who ordered the closure of all pagan temples, where a priest named Asmit-Akhum inscribed the last hieroglyphic text dating back to the fourth century AD (394 AD). The temple was converted to Christian church and many temple inscriptions were destroyed.