Is the mummy of a pregnant woman the only case in ancient Egypt? Zahi Hawass answers 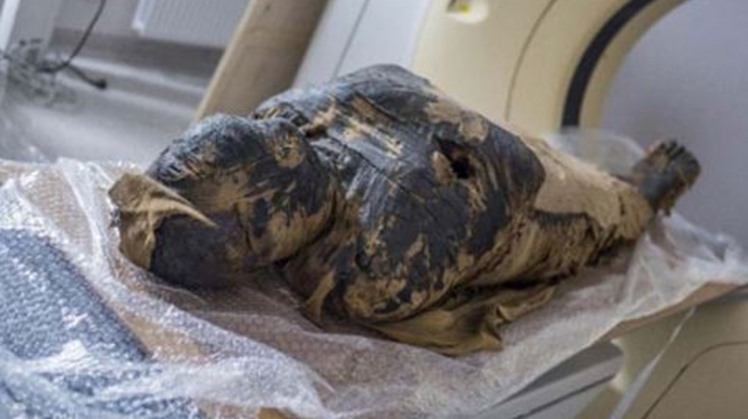 Mon, May. 3, 2021
The discovery of the first mummified pregnant Egyptian mummy, which was announced by Polish archaeologists during the past two days, is still the mummy donated by an antiquities dealer to the University of Warsaw in 1826 after it was found in royal tombs in Luxor, and it was believed that it belonged to a priest called "Hor Jihouti. But after more than 95 years, researchers discovered through scanning technology that it was a female mummy that had been accidentally placed in a coffin.

The great archaeologist, Dr. Zahi Hawass, said that the discovery of the mummy of a mummified pregnant woman is very natural, and it is not the first case of a pregnant Egyptian mummy, as the first and oldest case of a "pregnant mummy" was a skeleton of a "dwarf" in the graves of workers builders Al-Ahram, dating back 4,600 years, explaining that this discovery was in 2010.

Dr. Zahi Hawass added, "We discovered this mummy in the workers' graves, and at that time it was the first case of its kind. Therefore, the detection announced by Polish scientists is not new to us."

It is noteworthy that a recent study published by the Journal of Archaeological Sciences confirmed that when archaeologists conducted X-ray scans of the body of a mummified woman, they found that the remains of a woman who died 2000 years ago contained an embryo.

The researchers continued in the study that x-rays and a CT scan of the mummified body showed that the woman died when she was between 20 and 30 years old, and they measured the head of the fetus to ensure the number of weeks the woman spent in pregnancy and found that it was between 26 to 30 weeks of pregnancy when she died. They noted that "this finding is the only known case of a mummified pregnant individual."

It is believed that the pregnant mummy came from the royal tombs of the ancient city of Thebes, and researchers believe that she was an elite member of society. Her mummified body was carefully wrapped in fabrics and decorated with a "rich collection of amulets."