A recent study: The most famous Egyptian mummy in Northern Ireland was murdered 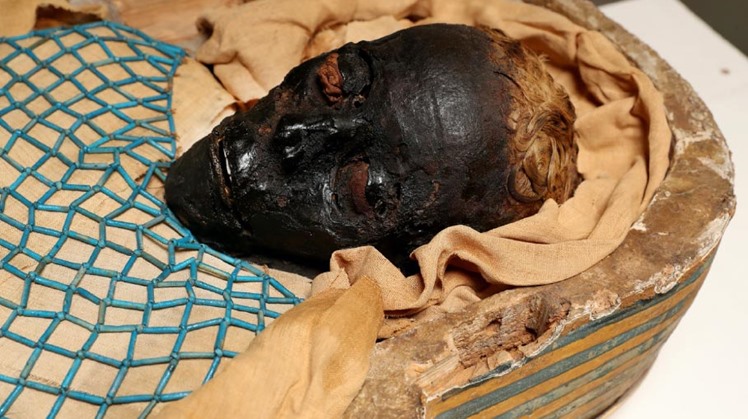 Thu, Apr. 8, 2021
A recent study has proven that the famous Egyptian mummy found in Northern Ireland died murdered, and this mummy belongs to a woman named "Takapote" who lived 2,600 years ago and that she was struck in the back with an ax. A team of experts has also made a number of other discoveries about women that provide new insights into ancient Egypt. During the twenty-fifth dynasty.

It is believed that "Takapote" lived in Thebes near the modern Luxor, and it seems that she was a noble lady, the daughter of an Egyptian priest and died in her twenties.

It came out of Egypt "according to Live Science in the nineteenth century, it was bought in Egypt by Thomas Gregg, a wealthy merchant who arrived on his way to Belfast in 1834.

The mummy was the first mummy to reach Ireland and its arrival caused a sensation, and it was deciphered in Belfast in 1835, and Sir Thomas Hinks deciphered the hieroglyphic writing on the colored sarcophagus.

Dr Greer Ramsay, curator of archeology at the National Museums of the University of Manchester, said there has been a rich history of testing Takapote since it was first studied in Belfast in 1835. Previous studies have shown that Takapote was a young woman with brown hair.

However, new technologies allowed researchers to examine the mummy in a new and unprecedented way, and a multidisciplinary team of experts from academic institutions and museums in Northern Ireland, England and Kingsbridge Hospital used carbon dating and DNA analysis in their investigations, and a CT scanner was used to examine the mummy.