When will royal mummies be displayed in public at the National Museum of Civilization? 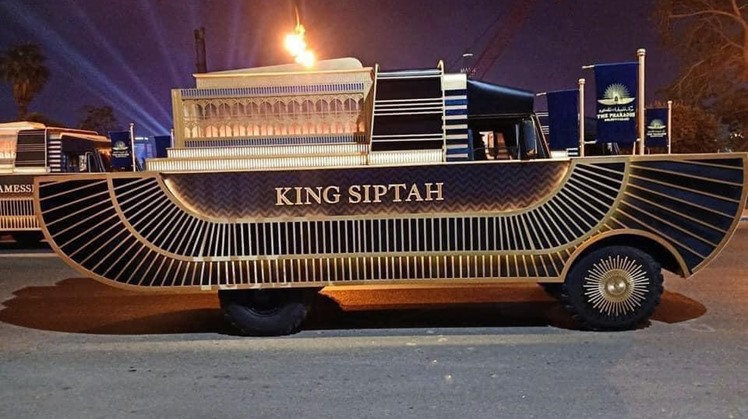 Tue, Apr. 6, 2021
The National Museum of Egyptian Civilization opened its doors to visitors since yesterday, after receiving 22 kings and queens during the majestic royal procession, which astonished the whole world, and amid the celebration of a large number of local and international media, and the beginning of the influx of visitors since the first morning of different nationalities, and during the next report. We review the date of displaying mummies in front of visitors, and the mechanisms of dealing with them inside the laboratories of the Museum of Civilization, in the form of a question and answer.

Q / How many mummies are kings and queens?
A: The number of kings reaches 18 king and 4 queens.

Q / Will all the mummies of kings be displayed in one hall?
A / The 22 kings and queens will be displayed inside one hall called the Hall of Royal Mummies in the Museum of Civilization.

Q / How to deal with mummies at the present time?
A / After the museum received the mummies, they were extracted from the preservation capsule, inside the emergency room, and sterilization operations are being carried out to ensure their safety, by means of a device like the one found in the world only in the Louvre Museum, which is the "Anoxia" device.

Q / What is the function of the Anoxia device?
A / Its mission is to purify the effect from bacteria and insects without affecting the effect itself, and without adding any chemicals.