An exhibition by Robert Closcott, the first visiting professor of art at the American University in Cairo 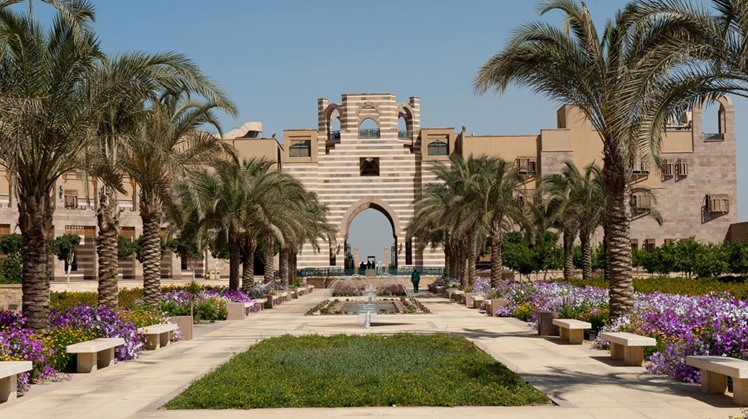 Robert Collescott lived between two years (1925 - 2009) and was born in Oakland, California, and was the son of musicians who immigrated from New Orleans to California in 1919 as part of the first wave of the Great Migration. Colescott grew up during the Great Depression and volunteered for military service in World War II. His initial studies after the war focused on international relations, political science, and economics.

In the end, Colescott received a BA and MA in Art from the University of California, Berkeley, after graduating, Colescott lived and worked in Seattle and Portland before traveling to Egypt in the 1960s to study and teach at the American Research Center in Cairo, a residency that proved transformative. Studying the archeology and history of ancient Nubia was as important as living in a country where everyone, including the president, was a person of color. He returned to the United States amid the civil rights movement and the black liberation struggle.

In 1997, he was the first African-American artist to represent the United States at the Venice Biennale.

The American ambassador said during his participation in the opening of the exhibition, "online" J. Cohen, “Distinguished guests, I am delighted to be with you almost to honor the American artist Robert Collescott. Thank you to the curators, Terri Ginsberg and Duncan MacDonald, for your vision and your decision to open this art gallery this February, because it provides a special opportunity to celebrate the contributions of black Americans to culture. American.

The US ambassador explained that the story of Robert Colescott - as an educator, veteran in World War II, artist and world traveler - is an extraordinary story. When he decided to move abroad, he chose Kolescott Egypt, and he became an artist in residence at the American Research Center in 1964, this experience affected him. So much so that he returned in 1967 to teach at the American University in Cairo, where he influenced students, artists, and faculty and managed the first art exhibition at the American University in Cairo.

The American ambassador indicated that his art was affected when he visited the Egyptian monuments, as he dealt with the glories of Egyptian history and culture. This changed the perspective of his subsequent studio work and helped shape his thinking about civil rights in the United States, and the close relationships he developed with Egyptian artists and cultural figures undoubtedly influenced Colescott, as he said: "I spent two years in Egypt and was influenced by the narrative form of Egyptian art ... I think that sparked my interest in some other things, some thoughts about the race and culture in my country; I wanted to say something about that. "