The magic shirt at the Museum of Islamic Art .. Video 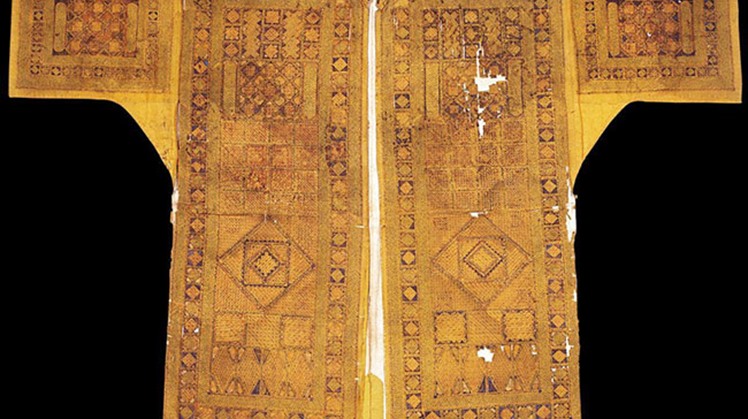 Sun, Jan. 10, 2021
The Museum of Islamic Art is located in Bab al-Khalq Square, and it houses nearly 100,000 diverse artifacts expressing various Islamic arts through the ages, thus contributing to the richness of the study of Islamic art, and the museum is one of the largest Islamic art museums in the world, and a beacon for Islamic arts and civilization throughout The ages, and what strikes you in the museum’s exhibits is a shirt inside a showroom in one of the museum’s halls. The first thing that comes to your mind is who this shirt is, and we review through the following report his story.

The magic shirt dates back to the Safavid era "Iran", and the Safavid era was in the 12th century AH / 18 AD. The shirt was decorated with divisions, lozenges, and circles with black and red ink, filled with writings, Qur’anic verses, the names of God, and numbers to bless them and ward off harm from those who wear it.

There are traces of blood on the shirt, which indicates that the person wearing it was wounded or killed, and the magic shirt was placed in the medicine hall in one of the halls of the Museum of Islamic Art, the shirt is 137 cm long, the chest width is 89 cm, and the middle breadth is 92 cm. It is 20 cm wide and 30 cm wide, and the neck opening is 16 cm. It is a dress that is not sewn with a sleeve and is made of linen consisting of very precise geometric and elaborate design divisions, and the waist size of 92 cm indicates that the wearer is full-bodied, and has a prominent belly, as well. A chest width of 89 cm shows that it is wide with shoulders and a sleeve area of ​​30 cm.

The shirt has numbers, Qur’anic verses, illuminated phrases and talismans written in black and red purples, and the writing is faded and erased, and it has traces of blood. As for the neck on the left side, there are writings and a rectangular shape divided into 42 squares all filled with numbers arrayed from the Jafr flag.

On December 28, 1903, the museum was inaugurated for the first time, during the reign of Khedive Abbas Helmy II, and the purpose of its establishment was to collect Islamic monuments and documents from many parts of the world such as Egypt, North Africa, the Levant, India, China, Iran, the Arabian Peninsula, and Andalusia .

The idea began in the era of Khedive Ismail, specifically in 1869 A.D., but it remained under implementation until 1880 during the reign of Khedive Tawfiq, and indeed the implementation began when Frantz Pasha collected archaeological artifacts dating back to the Islamic era in the eastern iwan of Al-Hakim Mosque.

The Museum of Islamic Art has two entrances, one on the northeastern side and the other on the southeastern side, and the facade of the museum overlooking Port Said Street is distinguished by its Islamic decorations inspired by the Islamic architecture in Egypt in its various eras.