Egypt has an endless history ... Learn about the 10 most prominent discoveries in the last 20 years 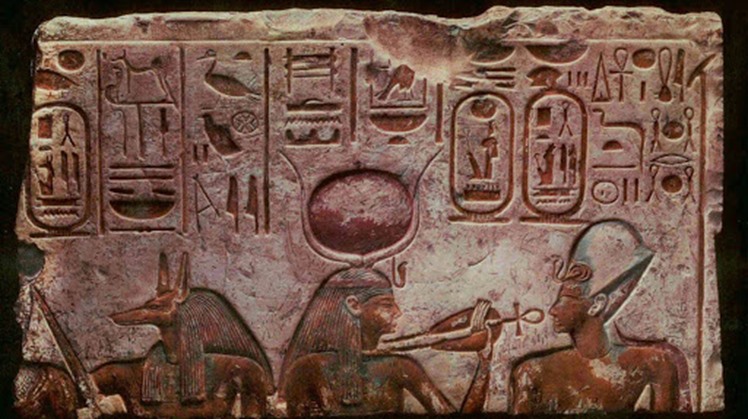 
"Valley of the golden mummies"
The story dates back in the beginning to the year 1999 AD, when the archaeologist Dr. Zahi Hawass and his archaeological expedition discovered in the Bahariya Oasis area in the Western Desert - about 385 kilometers from Cairo - about one of the most important archaeological discoveries in the twentieth century that amazed the whole world from the moment of its discovery to Now, it is the valley of golden mummies.

It unveiled a huge number of golden mummies, which made Dr. Hawass likely that this valley would be filled with a large number of them, in a large spatial area, which takes a long time from organized excavation work, and only 250 mummies were discovered in previous seasons, and the discovered mummies date back to the first two centuries The second century AD, when Egypt was under Roman rule, and these discovered mummies show the continuity of the Egyptian religion in this period despite the presence of the Greek and Roman beliefs of the ruling class, which in turn was influenced by the ancient Egyptian religion, and most of these mummies discovered have gilded masks and chests and are decorated with hieroglyphic inscriptions And religious drawings.

The beginning of the real story goes back to uncovering this important discovery, after a painstaking search of possible sites on the Giza plateau in search of the tombs of the "pyramid builders" - at noon on August 14, 1990 AD, and the weather was very hot, and Dr. Hawass was sitting alone in his office next to the pyramid of Khufu Immediately, the sheikh of the pyramid area’s guard came to him at the time, telling him that an American tourist had fallen off her horse when his foot collided with a mud brick wall only ten meters away from the site of the excavations he was conducting to search for the tombs of the “builders of the pyramids”. Dr. Hawass went to the site immediately And when he saw the site, he immediately said: "These are the graves of the workers, the builders of the pyramids."


Basmatic I
On March 16, 2017, Dr. Khaled Al-Anani, Minister of Antiquities, announced the identity of the royal statue discovered in Souk Al-Khamis in Al-Matareya region, saying: The statue belongs to Basmatik I, and does not belong to Ramses II.


Mummification workshop
On July 14, 2018, Dr. Khaled Al-Anani, Minister of Antiquities, announced the success of the Egyptian-German archaeological mission of the University of Tübingen by uncovering a complete embalming workshop with burial rooms attached to mummies dating back to the era of the twenty-sixth and twenty-seventh dynasties (664-404 BC), This was during the archaeological survey in the area of ​​the Tomb of the Sawy era, located south of the pyramid of Unas in Saqqara, and the mission also found a gilded mummy mask inlaid with semiprecious stones that covered the face of one of the mummies in one of the burial chambers attached.

Also, three mummies and a set of canopic vessels made of calcite (Egyptian alabaster), a number of shabty statues made of blue faience and vessels of embalming oils written on them in the ancient Egyptian language were also announced.

Assassif cache
In May 2019, the Ministry of Antiquities announced the discovery of 30 coffins in the Al-Asasif region, which includes a distinguished group of 30 colored human wooden coffins for men, women and children, in good condition of preservation, colors and inscriptions in full, as they were revealed in the situation that the ancient Egyptian left them. Closed inside the mummies, grouped in a cache on two levels, one above the other, the first level contained 18 coffins and the second level 12 coffins.

Since the discovery was announced, many international media outlets have highlighted it as one of the best archaeological discoveries, and that it is the largest in Egypt for a century.

Khoy Cemetery
The cemetery of Khoy, the supervisor of the royal palace in the late Fifth Dynasty, discovered in the Saqqara Archaeological Cemetery last April, and due to its importance, the American Archeology Magazine announced its selection among one of the 10 most important archaeological discoveries for 2019, which is classified among the most attractive discoveries in 2019 In addition to placing a picture of the cemetery with its colorful walls on the cover of the magazine for the January / February 2020 edition.

The Egyptian mission, headed by Dr. Muhammad Mujahid, succeeded in uncovering the tomb during excavation work and the scientific recording of the hierarchical group of King Jedkara of the Fifth Dynasty south of Saqqara, whose northern wall was found at the entrance to the lower building of the tomb, whose design mimics the pyramids of the Fifth Dynasty, and it is the design that is uncovered It was reported for the first time in the cemeteries of individuals, not the kings of that period.

40 mummies in Tuna Mountain
In February 2019, 40 mummies were found in the Tuna al-Jabal area during the excavations of the Egyptian mission in cooperation with the Minya University mission, in good condition, along with stone coffins and pottery, dating back to the beginning of the Ptolemaic period and passing through the Roman Byzantine era.


The sacred animal cache
Dr. Khaled Al-Anani, Minister of Tourism and Antiquities, announced, in November 2019, a new discovery in the ancient Saqqara area, which was carried out by an Egyptian archaeological mission headed by Dr. Mustafa Waziri, Secretary General of the magazine