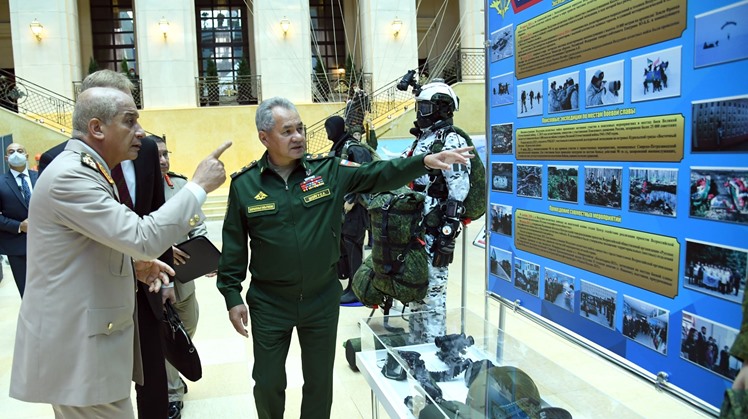 Thu, Aug. 26, 2021
CAIRO – 26 August 2021: During his visit to Moscow, Egypt's Minister of Defense and Military Production Mohamed Zaki signed with his Russian counterpart a cooperation protocol that tackles different military and security aspects.

Zaki, the General Commander of the Egyptian Armed Forces, had headed to the Russian capital Sunday - presiding over a high-profile delegation - to attend the Seventh Meeting of the Joint Egyptian-Russian Military Committee.

Minister Zaki was first received by Russian Minister of Defense Sergey Shoygu at the headquarters of the ministry where the national anthems of both countries were played.

Later, both ministers conferred over developments on the regional and international scenes. They also discussed a number of matters of mutual interest in light of the existing military cooperation and exchange of expertise between the armed forces of both states.

What's more, Zaki and Shoygu had expressed keenness on bolstering such cooperation before the former concluded his visit Thursday.