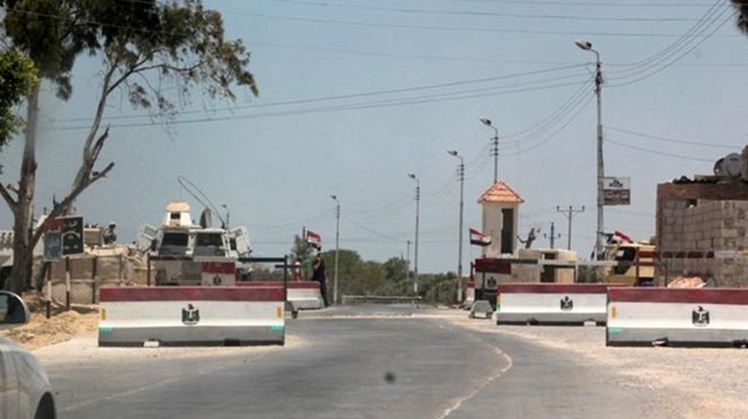 Mon, Apr. 27, 2020
CAIRO – 27 April 2020: An Egyptian non-profit think tank has published a study recognizing the state’s efforts to develop the Sinai Peninsula, especially North Sinai, during the past six years, after an article was published in a private newspaper article suggesting assigning a governor with expanded powers to better govern the peninsula.

The study was published by the Egyptian Center for Strategic Studies (ECSS) on Saturday, April 25th, to coincide with the Sinai Liberation Day in 1982, which marks the withdrawal of the last Israeli soldier from the formerly occupied peninsula. Experts and researchers in the ECSS cast light on the development efforts made by the Egyptian state since 2014, under President Abdel Fattah el-Sisi.

The Egyptian state, after June 30, 2013, which marks the ousting of Muslim Brotherhood-affiliated President Mohamed Morsi, has been keen on developing Sinai, unlike previous governments who cared for central areas in the country and ignored side parts, said Khaled Okasha, chairman of the ECSS.

Therefore, the state has given large allocations for the short-term and long-term development in the side areas, Okasha added, especially Upper Egypt and the Sinai Peninsula, in order for these two major parts of the country to attract dwellers and investors.

But in Sinai, there are further challenges including terrorism, which the state has fought since 2014, he noted. Since February 2018, the Egyptian Army has launched a comprehensive offensive against terrorist elements and facilities in various parts of the country, especially in North Sinai.

The study shows that the state has adopted a new approach to develop Sinai with various service and economic projects, mainly infrastructure projects.

Allocations to develop infrastructure in Sinai have reached LE 600 billion ($37.9 billion), the study shows, including linking the peninsula to the delta in Lower Egypt through major tunnels running under the Suez Canal. The projects also include seawater desalination plants and renewable energy plants. Also, many schools and hospitals were built.

Concerning education in Sinai, the number of classes in the pre-university levels increased from 4,793 in 2016 to 5,021 in 2019, making a higher increase rate compared with the capital Cairo.

In health, a number of large hospitals have been established by the Armed Forces in Arish, North Sinai’s largest city and the Red Sea resort city of Sharm El-Sheikh in South Sinai. A national project to develop Sinai aims to increase the number of beds inside hospitals to 6,000 by establishing 55 public hospitals and 23 private ones, to cope with the expected increase in the number of residents.

The column article suggested that Sinai should be assigned a governor with expanded powers to better govern the peninsula.

The council has ordered the paper to remove the piece from its website and issue an official apology. The newspaper is also required to suspend publishing Newton’s opinion pieces for one month.

Moreover, the council has referred the case to the public prosecutor to decide whether further action is warranted against Diab.