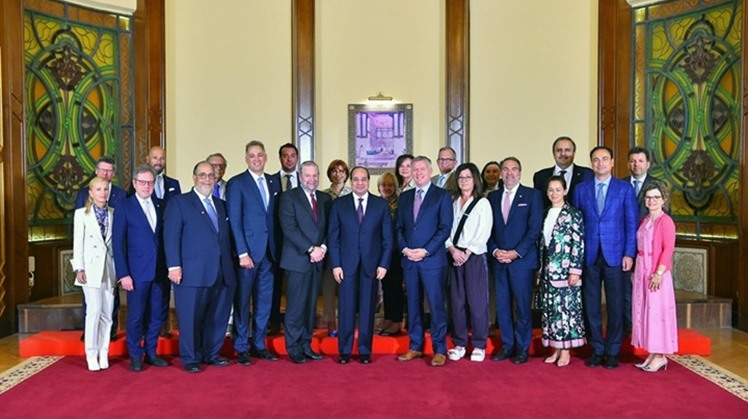 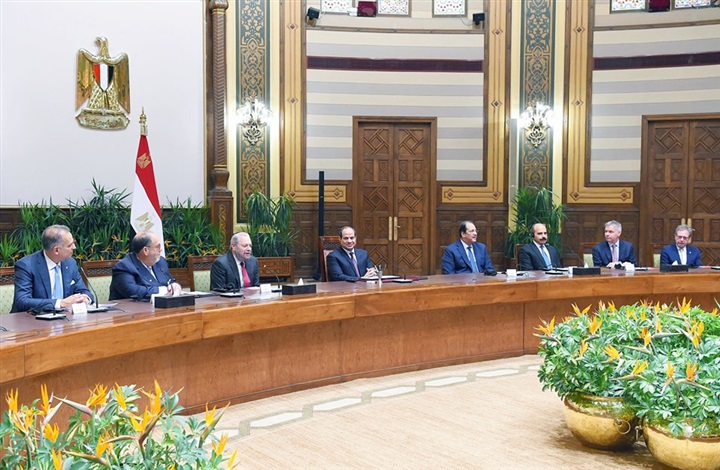 The meeting was attended by the Head of the General Intelligence Directorate Abbas Kamel and the Canadian ambassador to Cairo.

During the meeting, Egypt's president hailed the initiative of the Centre to visit Egypt, which contributes to strengthening the Egyptian-Canadian relations,Presidential spokesman Bassam Rady said.

Moreover, the president asserted the importance of consolidating cooperation between the two countries at all political, economic and cultural levels.

Sisi also asserted to the Jewish delegation that solving the Palestinian problem would open horizons of development in the region and provide prosperity, progress and security for its peoples.

On the other hand, the delegation members hailed the president's efforts to boost the values of tolerance and peace, a matter that boosts historic coexistence among all religions.

They also affirmed their keenness to visit Egypt and meet the President, believing in Egypt's central role in the Middle East, especially in light of its tireless efforts to achieve stability and push for efforts to find political solutions to crises in the region.

The members of the Canadian delegation affirmed their keenness to visit Egypt and have the honor to meet with the President, in the belief of Egypt's central role in the Middle East, especially in light of its tireless efforts to achieve stability and push for efforts to find political solutions to crises in the region.

During the meeting, Sisi also affirmed Egypt's keenness to uphold the principle of citizenship and acceptance, as well as the Egyptian efforts in the field of combating terrorism, confronting extremist ideology and reforming the strict religious discourse.

On the Palestinian issue, Sisi stressed that resolving this issue and achieving peace in the Middle East, in a way that guarantees the rights and hopes of the Palestinian people according to the principles of international references, would change the reality of the region and open wide horizons for its development.

The meeting tackled also the latest developments in the Middle East peace process. And progress and security for all their people.