Egypt seeks to get its share of the Nile waters without affecting others in any way: Sisi 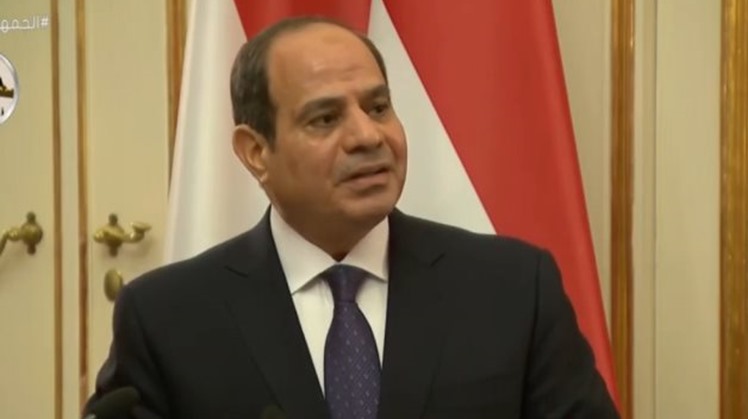 Tue, Oct. 12, 2021
CAIRO – 12 October 2021: Egypt’s President Abdel Fattah el Sisi stated, on Tuesday, that Egypt is only seeking to get its share of the Nile waters without affecting others in any way, referring to the The Grand Ethiopian Renaissance Dam (GERD) issue with Ethiopia and Sudan.

In a press conference with Hungarian President János Áder, in the Hungarian Capital Budapest, he noted that Egypt implemented huge water projects at the cost of $80 billion.

“Therefore, we implemented huge programs to treat wastewater and desalinate sea water, at a cost of $80 billion” Sisi said.

He added that Egypt is considered one of the countries that have severe water scarcity, ‘as we have no other resources than the Nile River’.

Sisi noted that Egypt is approaching the stage of the water poverty line with less than 500 cubic meters of water per capita/year.

“We do not want water to be a cause of conflict, but rather a reason for cooperation among all of us” Sisi said during the conference, adding that “Egypt’s whole civilization was built around the Nile; otherwise, 95% of Egypt’s lands are dry”.

Sisi reaffirmed that Egypt seeks reaching a just and legally binding agreement on the filling and operation of the GERD.

During participating in the Visegrad Summit, Tuesday, in the Hungarian capital Budapest, Sisi stressed that Egypt is looking forward to more cooperation with the countries of Visegrad to exchange expertise and technology, localize industry, and cooperate in the fields of education and training.

He added that Egypt is achieving unprecedented growing rates in its modern history, taking into consideration the size of the accumulated challenges and the lack of resources.

According to Presidential Spokesman Bassam Rady, President Sisi arrived in Budapest to attend the Visegrad Summit along with the leaders of Hungary, the Czech Republic, Poland and Slovakia.

This is considered the sound time for Egypt’s President Sisi to take part in Visegrad gathering after 2017, which reflects the keenness of the two sides to develop relations between them and discuss various issues of common interest, Radi said.