Egypt demands a timeframe for GERD talks with Ethiopia and Sudan 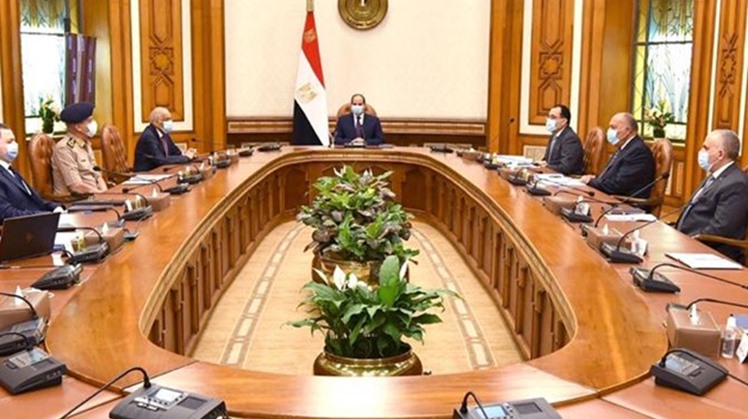 Tue, Jun. 9, 2020
CAIRO – 9 June 2020: The National Security Council, led by President Abdel Fatah al-Sisi, held a meeting on Tuesday to review the developments in the Libyan situation and the Renaissance Dam.

The council issued the following statement regarding GERD:

“The Arab Republic of Egypt has received Tuesday an invitation from the Sudanese minister of irrigation to resume the negotiations of the Renaissance Dam, and Egypt affirms its principled stance of permanent willingness to negotiate in order to reach a fair and balanced agreement that will achieve the interests of Egypt, Ethiopia and Sudan,” according to the statement.

The statement added that Egypt sees the invitation came late, three weeks after launching the initiative, “which necessitates setting a tight timeframe for negotiations to be held and concluded, in order to prevent it from becoming a new tool for procrastination and shirking from the obligations stipulated in the Declaration of Principles signed by the three countries in 2015.”

The statement further said that the Sudanese invitation comes on the same day the Ethiopian authorities “re-affirmed their intention to move forward in filling the reservoir of the Renaissance Dam without reaching an agreement, which is inconsistent with Ethiopia's legal obligations set in the Declaration of Principles, and necessarily casts a shadow on the negotiations’ path, as well as the results that may be reached.”

The statement affirmed that Egypt will participate in this meeting “to explore whether there is political will to reach an agreement, and to confirm the continuous Egyptian goodwill in this regard, in accordance with the invitation received from the Sudanese minister of irrigation."

The Egyptian National Security Council was established in 2014 per Article 205 constitution, and is tasked with approving strategies to achieve the country’s security, confront disasters and crises of all kinds. This is in addition to taking necessary measures to contain and identify the sources of danger to the Egyptian national security at home and abroad, as well as taking the necessary procedures to address them officially and properly.

The council is headed by the president of republic, and members include the prime minister, speaker of Parliament, as well as ministers of defense, interior, foreign affairs, finance, justice, health, communications, and education. Members also include the head of General Intelligence, and the head of the Defense and National Security Committee at the House of Representatives.