Many common characteristics between Egypt, US when it comes to diplomatic participation: amb. 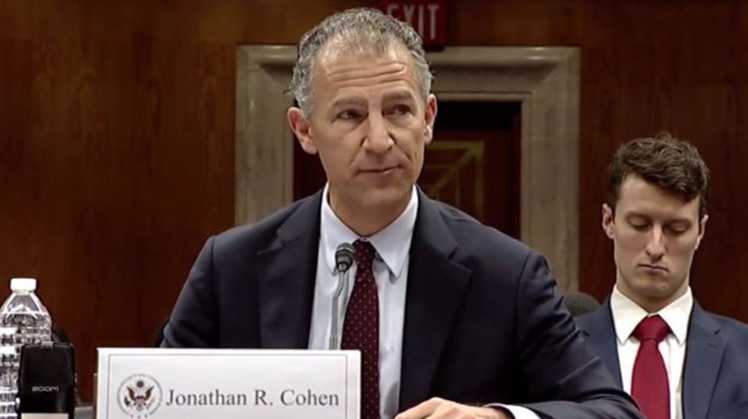 Wed, Feb. 24, 2021
CAIRO – 24 February 2021: Egypt and the United States are both committed to articulating diplomatic solutions for reinforcing regional stability, U.S. Ambassador to Cairo Jonathan Cohen said on Tuesday in an AmCham forum on 2021 speculations on both countries' partnership.


"There are many common characteristics between Egypt and the United State when it comes to diplomatic participation," the ambassador added.

With regard to ongoing regional crises, Cohen asserted the necessity to achieve a political solution in Libya, move forward with peace in the Middle East, and find a solution for the Grand Ethiopian Renaissance Dam (GERD).

Egypt has recently hosted a three-day meeting to discuss the measures necessary to hold a referendum on the Libyan constitution before the elections set for December 24. The meeting was UN-sponsored and included delegations of both the Libyan House of Representatives and the Libyan High Council of State.

Early in February, participants in the Libyan Political Dialogue Forum convening in Geneva elected members of the interim executive authority that will lead the country until elections take place.

The new chairman of the Libyan High Council of State is Mohamed Younes al-Manfy, representing eastern Libya, and two deputies were chosen. Those are Abdullah al-Lafy, representing western Libya as he belongs to Al Zawya town, and Moussa al-Kawny, who is member of the current council and represents the south.

As for the prime minister of the new interim government, Abdel Hamid al-Dobaibah - who is a prominent businessman from Misrata lying western Libya - was selected.