Ethiopia claims it is ‘keen’ to resume GERD talks with Egypt, Sudan 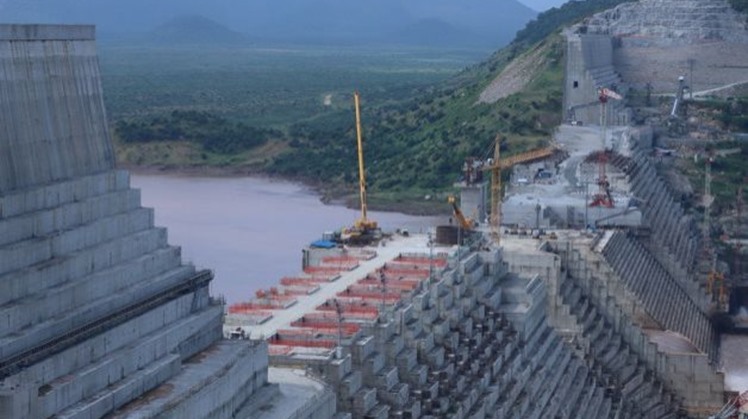 Sat, Jun. 11, 2022
CAIRO – 11 June 2022: Ethiopia claimed on Friday that it is “keen” to resume African Union-led negotiations that aim at resolving the dispute around the Grand Ethiopian Renaissance Dam (GERD) with Egypt and Sudan.

The remarks were made by new Ethiopian Ambassador to the United States Sileshi Bekele, who earlier served as Ethiopia’s minister of water and irrigation and is also a chief negotiator and advisor on transboundary Rivers and GERD.

Bekele made the remarks during a meeting with Mike Hammer, the new US special envoy for the Horn of Africa.

This comes while Ethiopia has continued to carry out unilateral acts on GERD, including plans to implement the third stage of filling the mammoth dam later this year despite the two downstream countries’ objections.

Over the past years, the downstream countries and Ethiopia have been trading accusations since rounds of the AU-led talks have all collapsed, the last of which was in April last year in DR Congo’s Kinshasa.

In March, Egypt’s Foreign Minister Sameh Shoukry said the unilateral actions regarding the Grand Ethiopian Renaissance Dam (GERD) are part of an Ethiopian policy of unilateral exploitation of international rivers.

Speaking at the 157th ordinary session of the Council of the League of Arab States at the level of foreign ministers, Shoukry affirmed Egypt’s rejection of Ethiopia’s commencement of operating GERD in February unilaterally.

“This is considered a perpetuation on the part of the Ethiopian side in violating its obligations under the 2015 Declaration of Principles (DoP), after Ethiopia moved on with filling the dam unilaterally over the past two years,” he stated.

The US has played a key role in the GERD negotiations especially under former President Donald Trump. However, Ethiopia in 2020 refused to attend a Washington meeting to sign an agreement that would resolve the decade-long dispute.

Meeting with Egyptian President Abdel Fattah El-Sisi in May, US Secretary of State Antony Blinken reiterated the US commitment to Egypt’s water security and to the “urgent resumption of substantive and results oriented negotiations under the leadership of the AU to resolve the dispute over GERD.”