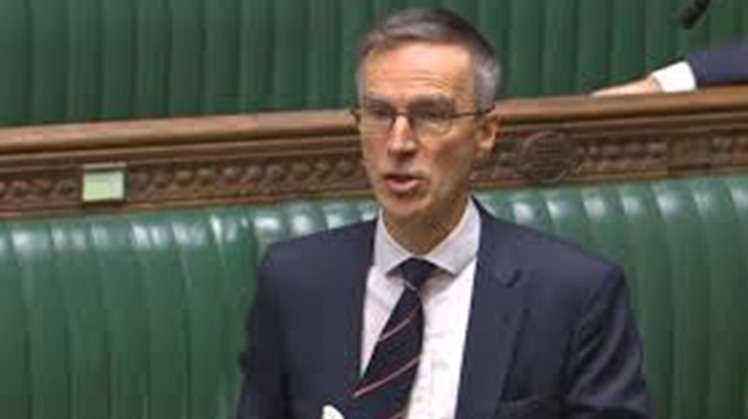 Tue, May. 21, 2019
CAIRO – 21 May 2019: Minister of State for the Middle East at the Foreign and Commonwealth Office Andrew Murrison asserted Britain’s keenness to boost relations with Egypt on all levels.

During his meeting with Egypt’s Ambassador in the United Kingdom Tarek Adel on Monday, Murrison hailed Egypt’s economic reforms which led to "noticeable" improvement in the country’s general economic indicators, adding that he is looking forward to visiting Cairo soon.

Ambassador Adel congratulated Murrison who was appointed earlier in May as minister of state for the Middle East at the Foreign and Commonwealth Office, expressing his aspiration to cooperate with him to strengthen relations between the two countries.

Murrison and Adel also tackled developments and escalations in the Middle East during their meeting.

In November 2018, the trade exchange between Egypt and Britain recorded about $1.3 billion, according to Board Member of British Egyptian Business Association (BEBA) Khaled Zaki.

Zaki said that the association is working on increasing the volume of trade exchange and boosting the economic and trade relationship between both countries.

He affirmed that Britain has big investments in Egypt as it is considered the biggest foreign investor in the Egyptian market, noting that its significant investments are in the sectors of Petroleum, gas, technology (like Vodafone Company), Banks (like HSBC), and the medical sector, among others.

Former Minister of Industry and Foreign trade Tarek Kabil said that the trade exchange between Egypt and Britain recorded £447 million ($593.22 million) during the first quarter of 2018, compared to £414.8 million during the first three months of 2017.

Trade exchange between the two countries reached £1.86 billion in 2017.

In Geneve Conferance, Egyptian activists call on international community to take action to condemn terrorism for its impact on human rights in Cairo Mon, Nov. 11, 2019