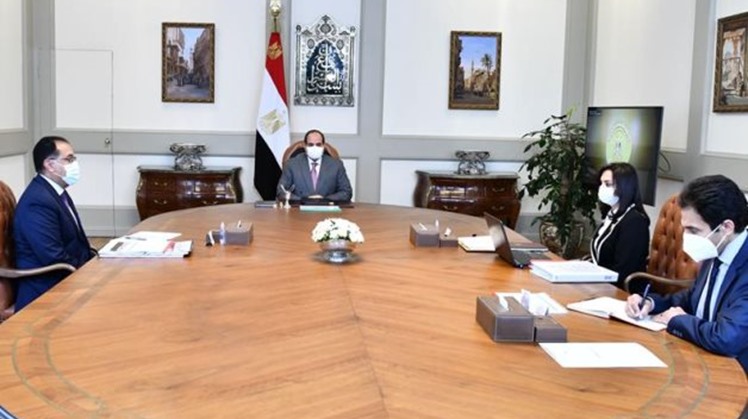 The president’s remarks came in a meeting with Prime Minister Mostafa Madbouli and Head of the National Council for Women (NCW) Maya Morsy.

As per the presidential directives, Egypt will pay the share of contributions on behalf of 22 countries, Presidential spokesman Bassam Radi explained in a statement.

These countries include those who ratified the organization's statute and already joined the Cairo-based WDO as well as those who will join it.

The president also ordered allocating a separate and comprehensive building for the organization and supplying it with the required furniture and services.

Sisi also urged the establishment of a research center in the organization to prepare in-depth and divergent studies to generate the ideas required to advance the situation of women.

He also instructed that importance be attached to the organization’s relation with the international organizations, especially within the framework of the United Nations.

This aims to enrich the organization’s activities and formulate joint cooperation programs, according to the president.

During the meeting, NCW’s head, Maya Morsy, displayed the Egyptian efforts to host the eighth session of the ministerial conference of the OIC for women in the New Administrative Capital, east of Cairo.

The conference will take place from July 5 to 8, during which Egypt will receive the presidency of the conference for the two coming years.

Sisi urged good preparation for the conference, which would establish the role of Egypt in women empowerment.

The conference also comes as a culmination of the state’s efforts in issuing national legislations supporting gender equality and women empowerment across the state, including in the Cabinet and Parliament.

These steps include the recently announced procedures to allow the appointment of women in the State Council and the Public Prosecution for the first time in Egypt’s history, the Presidency explained.

The WDO is a specialized organization affiliated with the OIC and its headquarters is in Cairo. Several countries have ratified the statute.

Morsy, during the meeting, said the WDO aims to advance the role of women and build their capacities and skills in all the OIC’s member states.

This is achieved through a set of social, economic and political empowerment programs that reflect the organizations’ priority activities.

The WDO also seeks to combat violence against women, reform religious discourse, counter extremism and highlight the Islamic values to crystalize the rights of the Muslim women worldwide, Morsy added.