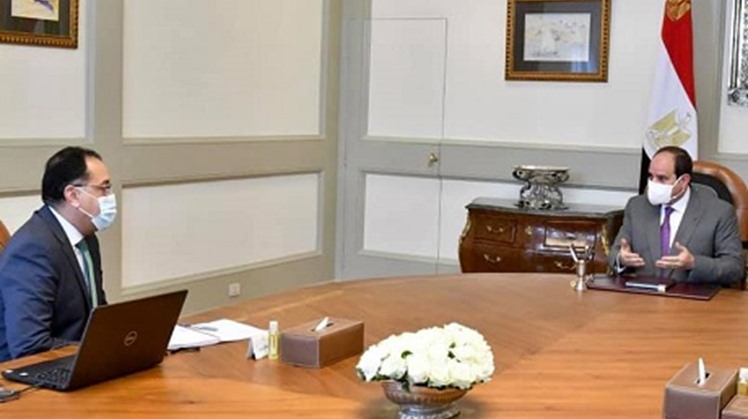 Sun, Dec. 27, 2020
CAIRO - 27 December 2020: Egyptian President Abdel-Fattah El-Sisi has followed up on a national project to develop 1,000 villages nationwide, as he met on Saturday with Prime Minister Mostafa Madbouly.

According to an earlier presidential statement, the project aims to upgrade the efficiency of their services in integration with Egypt’s national program 'Decent Life' for the development of rural communities, according to Ahram Online.

During the meeting, El-Sisi was briefed by a list of 50 districts in various governorates set to be included in the development plans, said the Presidential Spokesman Bassam Rady.

El-Sisi ordered starting the execution of the project in January, with the participation of all relevant governmental authorities.

These efforts aim to raise the capabilities of the infrastructure of these villages on all service, living and social aspects to change the reality of life for their citizens, for the better and in a comprehensive manner, Rady added.

The 1,000 villages are distributed in almost 22 governorates.

The project's general plan comes over the course of three stages and through several axes.

It aims at improving the standard of living for citizens; reducing poverty rates; developing the infrastructure and providing basic services to them, especially in education; in schools; housing; electricity; sanitation; drinking water and natural gas, said Rady.