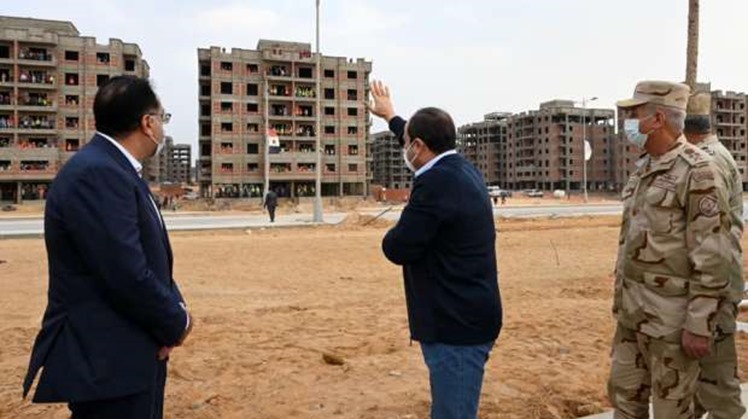 The president was accompanied by Prime Minister Mostafa Madbouli, Minister of Defense and Military Production Mohamed Zaki, Chief of Staff Mohamed Farid, and a number of commanders at the Egyptian Armed Forces.

Presidency Spokesperson Ambassador Bassam Rady indicated in a press release that President Sisi attended detailed presentations on the divisions of the center, the progress of construction works as well as the telecommunications and information systems introduced. Such systems are used in security surveillance, command and control.

The president praised the effort deployed to complete the project in abidance with the timeline. He affirmed the state's keenness to develop its capabilities in all fields in a fashion that copes with scientific and technical development in order to preserve the Egypt's security.

The tasks of the center are guaranteeing control and seamlessness in managing state institutions, and ensuring readiness to face crises and emergencies. The headquarters spans over 22,000 feddans, and encompasses 13 parcels.

The State Strategic Command Center is composed of six centers. The Unified Strategic Data Center has all the data of the state institutions. The Control Center of the Strategic Network controls the administrative body of the state. That is in addition to the State Utilities Management and Operation Center; the Telecommunications Network Control Center; Emergencies and Safety Center; and, Weather Forecast Center. Furthermore, there are massive warehouses to store the state needs of staples and strategic goods.

The place is secured by two Republican Guard units, and other means of security.