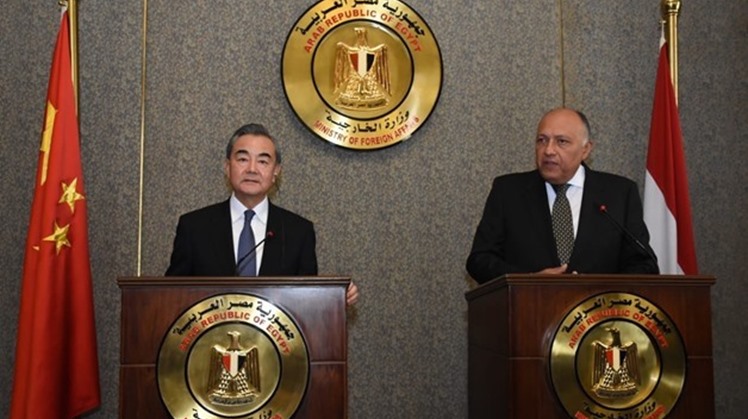 In a phone call, Shoukry and Yi reviewed the fields of mutual cooperation between the two countries, Egyptian Foreign Ministry spokesman Ahmed Hafez said. Shoukry expressed Egypt’s keenness to boost cooperation with China during the coming period, in a way that reflects the special and historical relations between the peoples of Egypt and China.

The Chinese minister, in this regard, affirmed the vital role played by Egypt both regionally and globally.

The two ministers hailed significant development in the Egyptian-Chinese relations during the past period.

Trade between Egypt and China in the first quarter of 2020 reached $3.2 billion, China’s Ambassador in Egypt Liao Liqiang said earlier in June, adding that a cooperation deal will be signed between the China Import and Export fair held online between June 14-24 and the Egyptian side.

In the ninth press conference on the novel coronavirus, Liqiang said the Chinese direct investment in Egypt reached $35 million in the same period and the total investment volume exceeded $7 billion.

Concerning the coronavirus vaccine developed in China by Sinovac Biotech, Liqiang said the Chinese President, in a China-Africa Summit on Wednesday, has pledged to make African countries among the first to benefit from the vaccine.